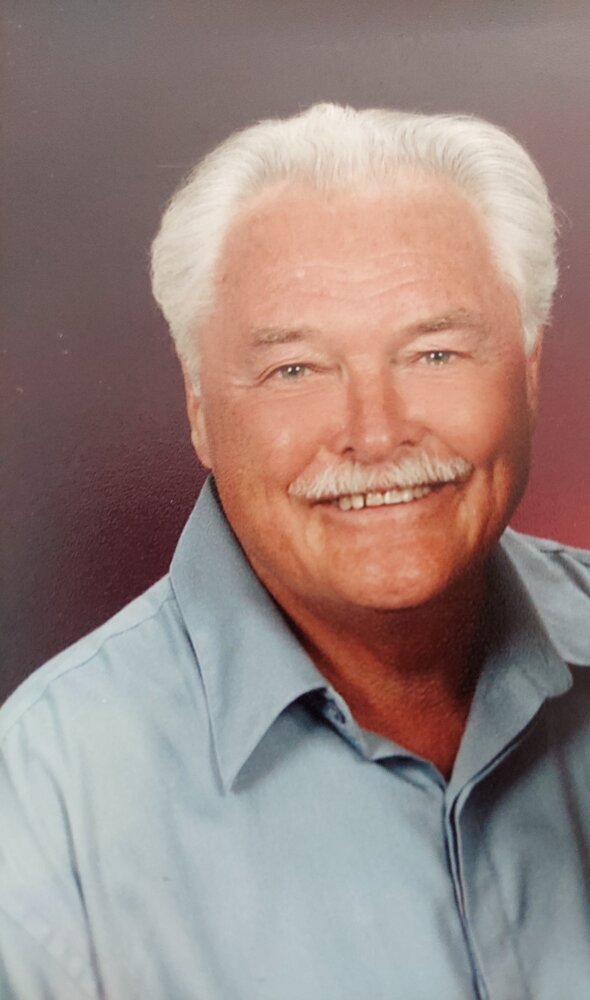 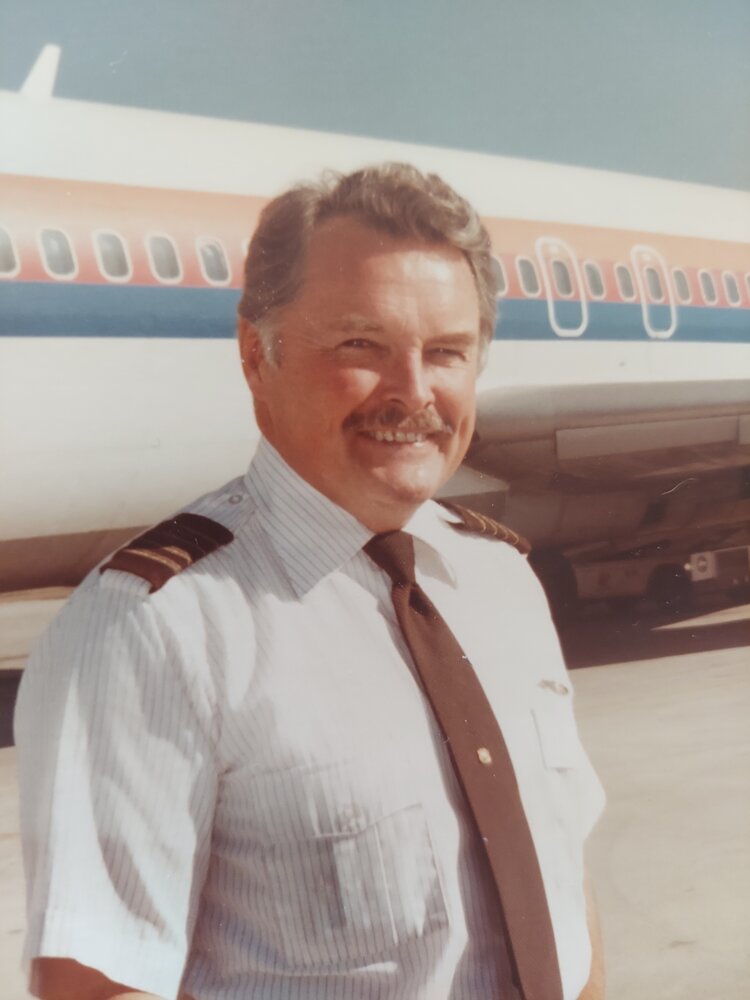 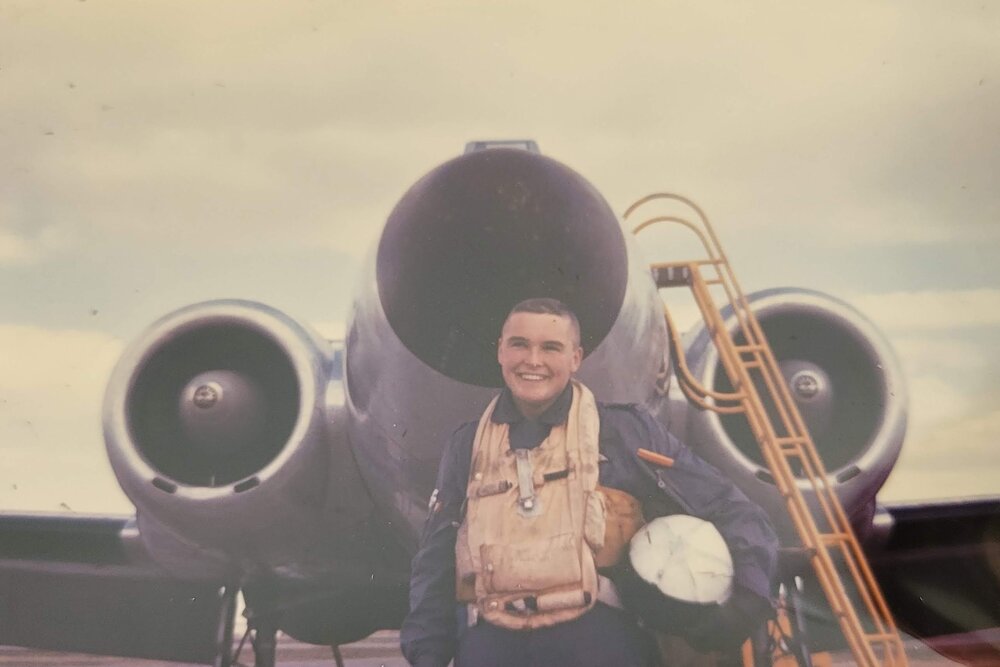 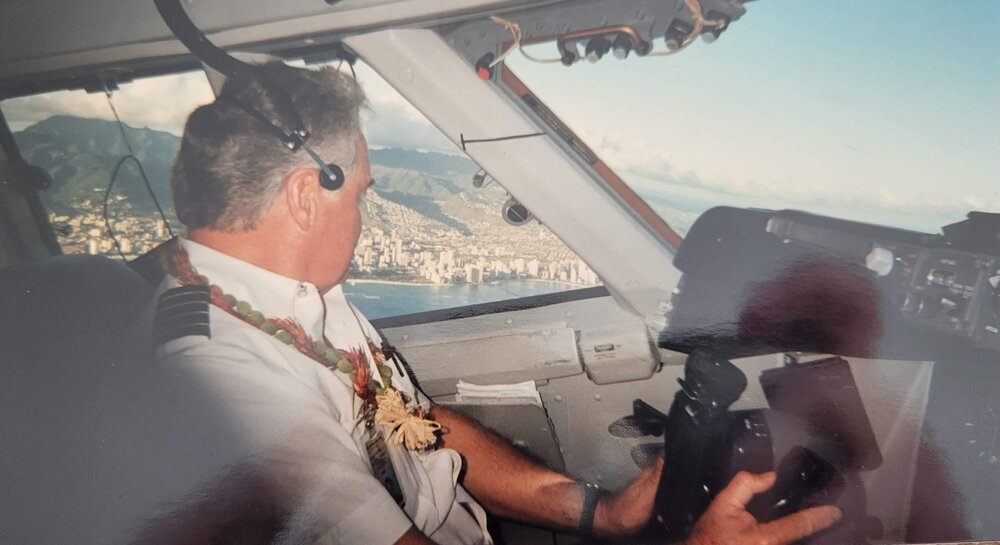 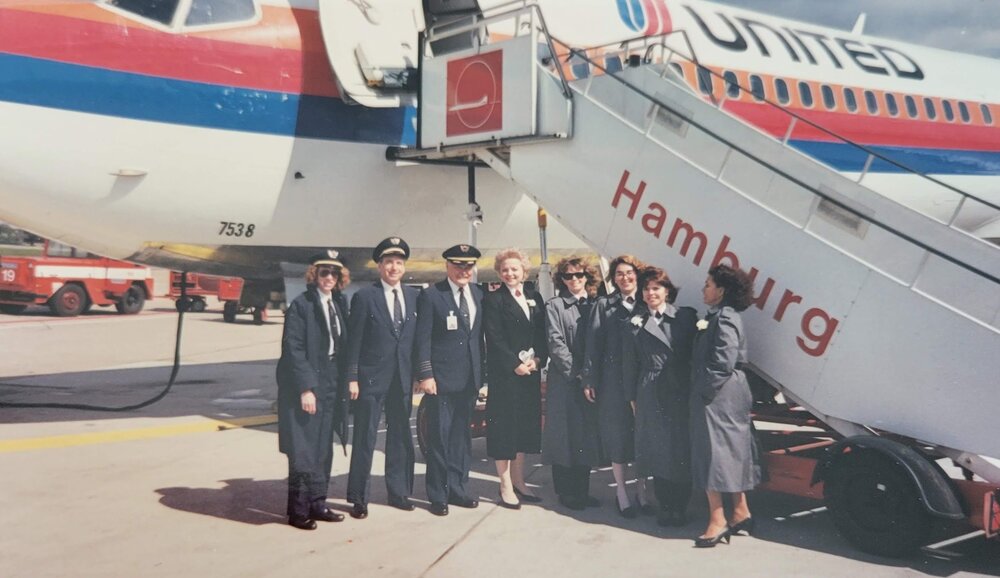 Captain (Arthur) Gary Gore was born August 7, 1937 in New Westminster, British Columbia, Canada to Arthur Nathaniel Gore and Iris Palethorpe. He had one biological brother, Dennis and two half siblings, Cheryl and Darrell, whom he always loved as full siblings.  He entered the Royal Canadian Air Force Flight Officer School, Squadron 433 after graduating Queen Elizabeth Secondary School in 1955. He served flying CF 100-Canucks patrolling the arctic circle until being recruited to fly for United Airlines from 1963 to 1997.

He met his wife, Marian Heaton while working for United Airlines in San Francisco, CA and they were married in 1967 shortly after relocating to Denver for work. He is survived by his wife, Marian, their daughter Elizabeth and two grandchildren, Casimir (19) and Iris (16).

Gary always loved his career. Flying airplanes was his passion. When once asked what he wished to do with his life after retiring, he stated, “I’ve already lived my dream”.

He is still well known in the flight industry for an incredible windshear event where he and his crew managed to pull the plane out of the deadly wind event and landed safely with no injuries. His accomplishment  led to further advancement of Doppler Radar and is a case that is studied in many flight schools around the world regarding the fatal phenomenon of microbursts.

During a time when the policy for flight attendants stated that they had to resign if they were married, he testified that those who were married should be able to retain their positions, because it did not affect their ability to work. HIs testimony helped pave the way to further equalities for attendants of all backgrounds.

Gary was honored to be asked if he would help United AirLines transport the airplanes from the United States to Europe to begin their European operations. He then was instrumental in becoming one of the first pilots to start international flights from San Francisco to London and beyond.

He always loved his travels, walking around London and Paris, Singapore and Beijing. He would walk so much he would need to buy new shoes every few months and pants (due to the oil on the streets)!  He enjoyed a good game of golf at the Pinery Country Club and taught his daughter and grandchildren the game as well. He was a big World War II buff and could tell you all the secrets of Hitler. Gary enjoyed many war and spy movies and books while sipping his scotch on the rocks and anything sweet to eat! He was also an avid fan of all types of music and loved drumming along with the LPs, especially Scottish drum corps and big bands. But, one of his favorite genres was Caribbean steel drums!

He was incredibly talented at being able to fix just about anything. He had fun tinkering on his  British sports cars and loved spending his days off, either helping Elizabeth get her girl scout badges in auto mechanics and wood working, or assisting at Parker United Methodist Church repairing anything on their to-do list, even driving out to Kansas to pick up a piece for a boiler for the old mainstreet location.

His commitment to aiding others stems back to a difficult childhood of never quite having enough food, money or clothing. Gary made sure to give generously of himself and his monies to local causes around Parker that served the hungry and especially people in need. He was very active in various volunteer capacities including The Parker Task Force, The Crisis Center and Praying Hands Ranch. He was swift to accompany the church youth to help at the Denver Rescue Mission and alongside them on mission trips, teaching them how to build and repair everything.

His compassion for all people brought him to become a Stephen Minister and was greatly welcomed, as there were few men in this position willing to serve each other.

Later in his life, he and Marian loved wintering in either Palm Springs, CA or Palm Beach, Florida with Marian’s brothers.

Gary was diagnosed with Dementia in 2012 and lived at home until 2019 when he moved into an Alzheimer’s care facility and lived there until his passing.

Gifts in lieu of flowers can be given to:

Below is the article about his windshear accident.

Please direct all donations to the families request stated above, and not the Tribute Store. Thank you

***The Memorial Service will be available to view live-stream at 1:00 p.m. on January 6th using the following link:***

To send flowers to the family or plant a tree in memory of Gary Gore, please visit Tribute Store
Friday
6
January

Share Your Memory of
Gary
Upload Your Memory View All Memories
Be the first to upload a memory!
Share A Memory
Send Flowers