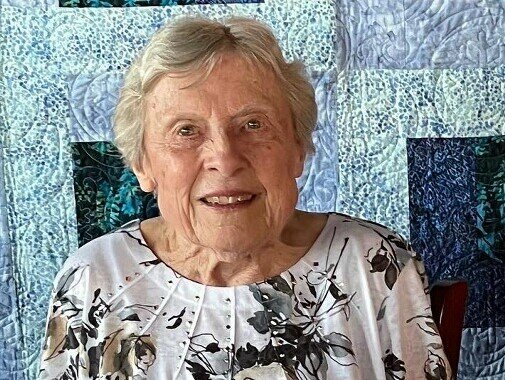 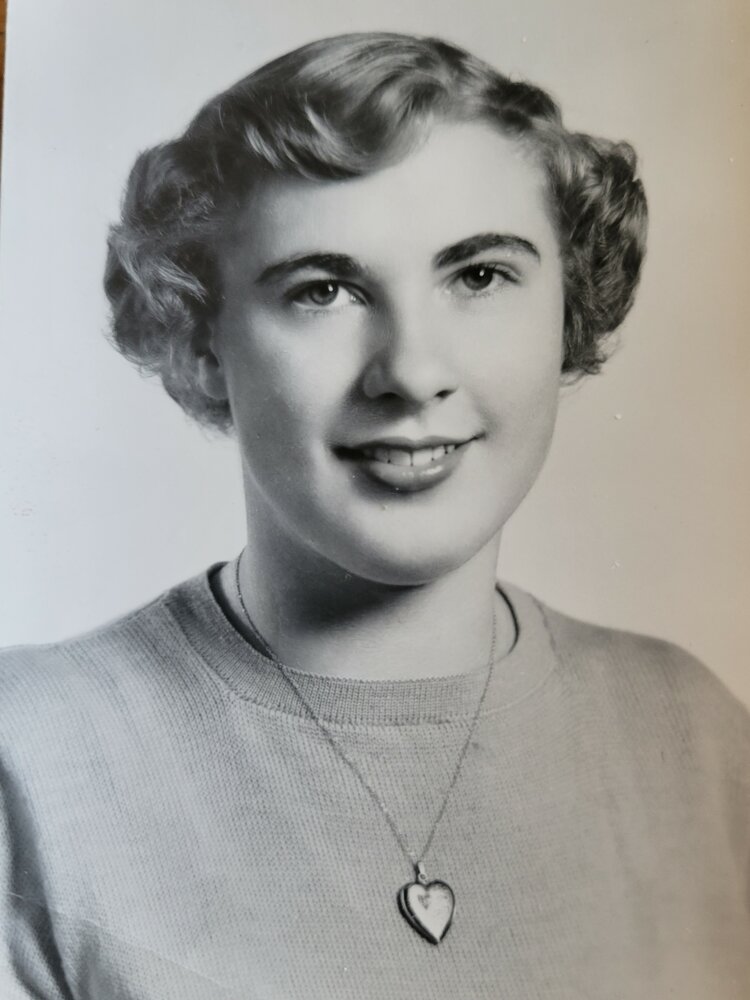 Mary Appleby Hinsey passed away on November 6, 2022.  She was born in a cabin in Absarokee, Montana to Alfred and Elizabeth Connett Appleby. Her mother passed away shortly after her birth and she was raised by her maternal grandparents in Erie, Illinois. Summers were spent in Littleton, Colorado with her uncle, aunt, and cousin:  Francis, Frances, and Stephen Connett.

After graduating from Erie Community High School in 1951, she attended the University of Colorado where she met and fell in love with Howard Hinsey.  They were married on November 25, 1954.  Howard’s civil engineering projects allowed them to live in Park Forest, IL; Denver, Arvada, and Parker, CO; Lompoc, CA; Auburn, NE; and Tolland, CT. Mary was a devoted mother and wife making a home wherever life brought them.

Mary was a den mother, a softball coach, and true supporter of all her children’s activities. She was an avid bowler and competed in numerous tournaments throughout the country. She became a youth bowling director at Monaco Lanes in Denver, inspiring many children to enjoy the sport. She also spent time golfing; playing bridge, pinochle, and poker; and enjoying the slots at Black Hawk.

She and Howard were true partners in raising and showing Siberian Huskies, establishing Sibaska Kennels in Parker, CO. She was the secretary for the Rocky Mountain Siberian Husky Club for many years and award chair for many specialty shows. One of her favorite memories was riding in the parade honoring the University of Connecticut Women’s Basketball Team with her special dog, Keisha. She and Howard were honored with the Honorary Lifetime Membership in the Siberian Husky Club of America.

Mary is survived by three children: Kent Hinsey, Karen Hinsey Hobson, and Kirk Hinsey; four grandchildren, two great-grandsons, and many nephews and nieces. She was preceded in death by her husband, Howard, and son, Kevin Hinsey (Tammy).

Per Mary’s request, no services are planned.

Contributions in Mary’s name may be made to the Siberian Husky Club of America Trust: http://www.shcatrust.org/pdfs-docs/Donation_Form.pdf

To send flowers to the family or plant a tree in memory of Mary Hinsey, please visit Tribute Store