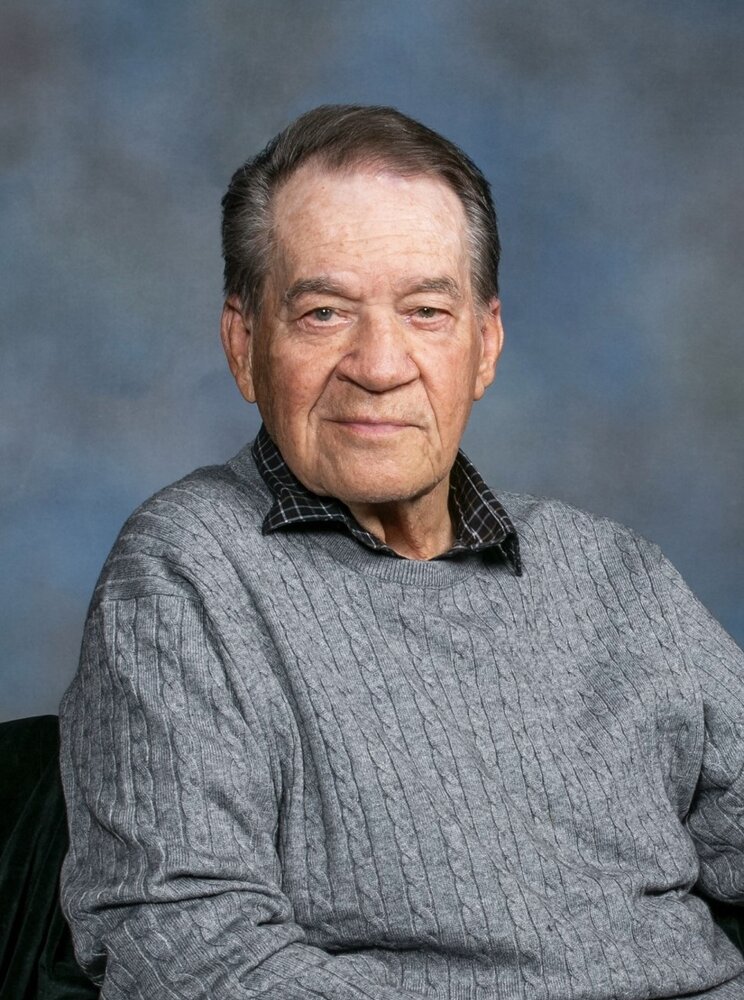 Beloved husband, father, friend and anchorman Jerry Dishong signed off for the final time on November 2, 2022. His funeral service will be held at St. Agnes Catholic Church on November 10, 2022 at 10:30 AM.

Jerry was born on September 18, 1942 in Gordon, NE to Albert and Nora Dishong. He graduated from Gordon High School, attended Chadron State College and in August of 1969, he married Margie Gaspers of Rushville, NE. They had three sons: Brian, James and Scott.

It is difficult to pick just one story that sums up all that is Jerry. The most important was that he was a devoted husband, father and Papa who loved his family. His greatest pleasure after retiring was watching all of his grandkids’ sports and activities, always in person when he could.

Jerry began his career in broadcasting in 1966 at KDUH TV in Hay Springs, NE. Every day he did a half hour noon show called the Town Crier which kept everyone up to date on all the area happenings. While that could be light hearted and entertaining, he also reported the area weather forecast which he took very seriously. He knew the farmers and ranchers depended on him for an accurate forecast and he did his very best to deliver that. In 1981, KDUH relocated to Scottsbluff, NE and there Jerry continued to be a guest in everyone’s home for 50+ years. He loved his viewing audience and felt very connected to them. He was inducted into the Nebraska Broadcasters Hall of Fame on August 16, 2016 and into the Heartland Chapter of the National Academy of Television Arts and Sciences Gold Circle for 50 years of Outstanding Contribution to the Broadcast Community in 2018.

Jerry had the most incredible sense of humor and was a consummate storyteller. He often entertained his sons and their friends, and family gatherings were absolutely hilarious. Everyone who knew Jerry, knew he loved fine cuisine. Jerry would treat his sons and often their friends to the finer foods in life. Whether it was a free hotdog at the car dealership or a progressive dinner throughout the free samples at grocery stores, it became an experience they called “dinkin.” That ability to obtain life’s luxuries for free or at a bargain price is a skill that is practiced today most notably by his youngest son, Scott. .

Always a mentor. That’s Jerry. Young journalists arrived fresh out of college with dreams of making it big in the industry, and Jerry offered all his wisdom and experience in helping them to reach new heights. And speaking of heights, Jerry was not a fan. Tall buildings. Airplanes. They all freaked him out. Riding over the Lake Charles bridge, he kept his eyes closed the whole time. Driving through the mountains of Colorado, he hid under a blanket. So why did he choose to retire to Colorado? That’s a story for another day.

Over the years, many of Jerry’s former employees became his dearest friends. He followed their careers like it was his job and he celebrated all of their successes.

Jerry is survived by his wife of 53 years, Margie; sons, Brian (Leah) of Prosper, TX, James (Micale) of Peoria, AZ and Scott (Joni) of Parker, CO. He has five grandchildren, Norah, Cielo, Harrison, Analia (Deuce), and Jake, all of whom we are sure he is currently telling everyone about. He leaves behind many loved nieces and nephews, as well as other extended family.

He was preceded in death by his parents, and siblings Les, Agnes, Leona, Marvin and Jim.

If Jerry were to deliver the weather report today, he would say there are no gloomy days on the horizon. Only sunshine. So head out and celebrate the day. Good night and take care...

To send flowers to the family or plant a tree in memory of Jerry Dishong, please visit Tribute Store
Thursday
10
November

Share Your Memory of
Jerry
Upload Your Memory View All Memories
Be the first to upload a memory!
Share A Memory
Send Flowers