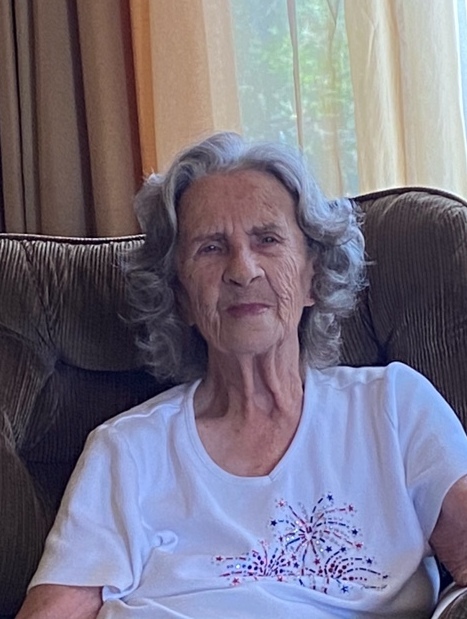 Funeral services will be held November 12th at Fort Logan Cemetery, with immediate family only.

Helen was born May 31, 1931 to Lee and Margaret Lloyd in Versailles Kentucky. The family moved to Dayton, Ohio when she was a child. After graduating at Wilbur Wright HS, she worked for Civil Service and was a secretary for a Colonel at Wright Patterson AFB. She met her husband Melvin Rodehorst at a YMCA dance in Dayton, Ohio. They were married shortly after on August 7, 1953, and had forty five wonderful years together until Melvin passed in 1998. They had four children together-Jerry, Vicky, Melody and Gary. Helen was a stay at home Mom while they traveled the world together since Melvin was in the Air Force and stationed at different bases in Ohio, Oklahoma, California, back to Ohio, Yukon Territory Canada, Alaska, Texas, North Dakota, Japan, Colorado, back to Alaska then Colorado again. They were only in Texas for six months because the Air Force decided to turn that base into NASA.

Helen loved to bowl. She bowled for fifty years on various leagues. She was still bowling until two years ago when the pandemic shut everything down. She also loved to sew. She would make barbie clothes for her daughters and the neighborhood girls. She was quite the seamstress and made many very nice suits which she won awards for. She taught her daughters her sewing skills. She loved to can fruits and vegetables from their very large garden. She attended a lot of sporting and musical events for her children and grandchildren. She had many friends and family from all over the United States and was able to travel a lot to see them. Most of all Helen was very proud and involved with her family.

The family requests in lieu of flowers, please donate to the American Heart Association in memory of Melvin and Helen Rodehorst, or a charity of your choice

To send flowers to the family or plant a tree in memory of Helen Rodehorst, please visit Tribute Store

Share Your Memory of
Helen
Upload Your Memory View All Memories
Be the first to upload a memory!
Share A Memory
Send Flowers