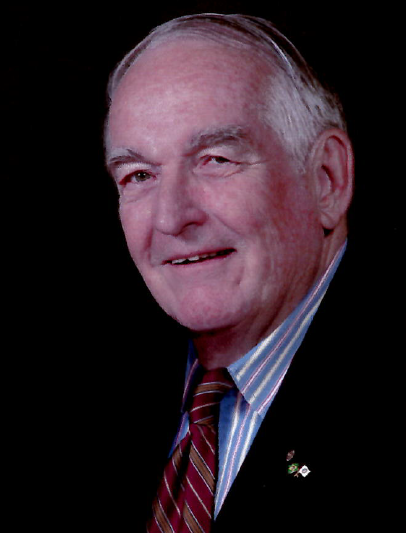 He was born to Lois Babbit Heath and Raymond Jerome Heath on March 11, 1938 in Denver, Colorado.

Ed attended Park Hill Elementary School, Smiley Junior High, East High School and received his degree in political science from Colorado College.  His junior year of college was spent in Vienna, Austria, where he learned to speak German.  This led to his interest in international business.  In 1961, he married Jane Jobe, also of Denver, who at the time was teaching at Smiley Junior High.  The two of them moved to Glendale, Arizona, where he attended the American Institute of Foreign Trade (Thunderbird).  After graduating, he went on to obtain a Master’s in Business Administration from Denver University.

Ed was employed by the Gates Rubber Company in 1961.  In 1964, he became one of Gates’ first International Employees and was sent to Beirut, Lebanon, with his family.  The night before the War of 1967, they left Beirut and moved to Brussels, Belgium.

After working in Belgium for a year, Ed moved back to the U.S. and joined the Millers Falls Company in Greenfield, Massachusetts and later moved to Stanley Works of New Britain, Connecticut.  Ed, his wife, and two boys lived in West Hartford, Connecticut until the company moved them to Cali, Colombia in South America where Ed ran the Collins de Colombia Machete Factory.  They enjoyed living in Cali, as Ed was proficient in Spanish.

Ed decided to go into business for himself in Houston, Texas, in 1979.  He worked there for five years, owning a company which serviced the oil industry.  Gates called him back to work in 1984, whereupon they sent him to São Paulo, Brazil, before he returned to Colorado a year later.  His Gates friends called him a “retread,” as Gates was originally a tire company.

In 2000, Ed retired from Gates and started his own business appraising automobiles which he enjoyed immensely.  Throughout his retirement, he was an active member of the Denver Rotary Club, kept in touch with his friends around the world, and traveled extensively with Jane.

Due to ill health, Ed moved to assisted living in Lonetree, Colorado, in December 2020.  He and his wife moved to Scottsdale, Arizona, in July of 2021 to be near family.  During his last year, he was visited by many friends and family in Arizona.

Ed is survived by his wife of 61 years, Jane Heath; his two sons and their wives, Kent Heath and Kelly Finnigan, Greg Heath and Carrie Valdivia; and his four granddaughters, Liza, Emily, Marty, and Sarah.

He will be buried in Parker, Colorado, in the J.S. Parker Cemetery.

In lieu of flowers, donations may be sent to the Hospice of the Valley who provided comfort and care to Ed and his family: https://www.hov.org/donate/.

To send flowers to the family or plant a tree in memory of Edward Heath, please visit Tribute Store
Thursday
20
October