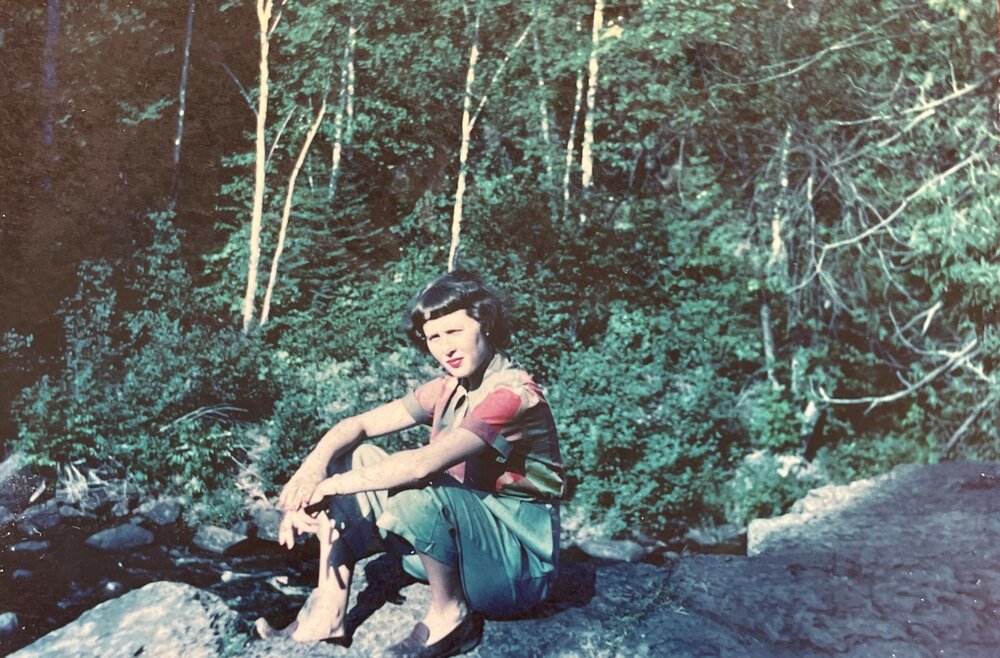 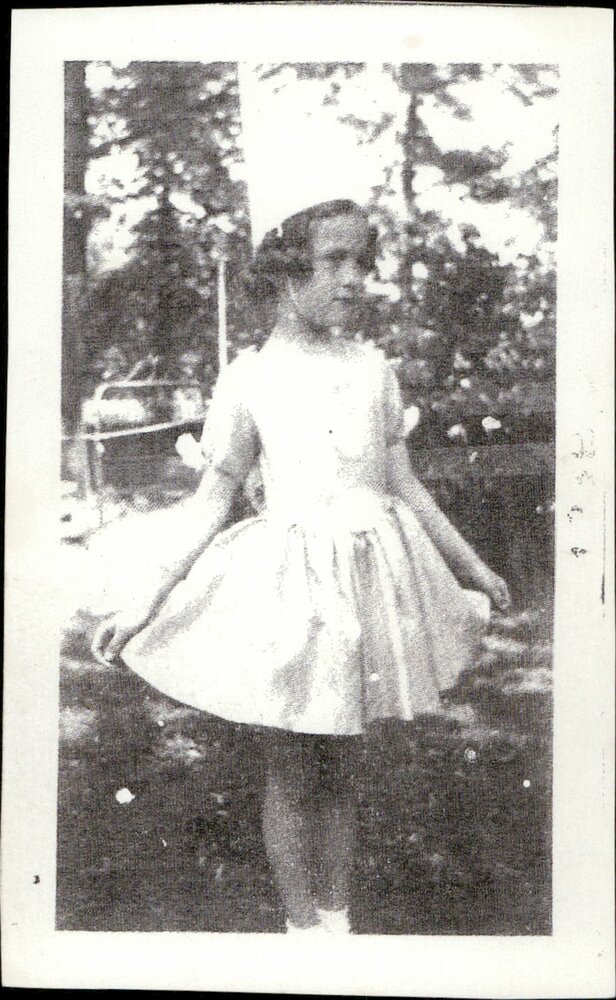 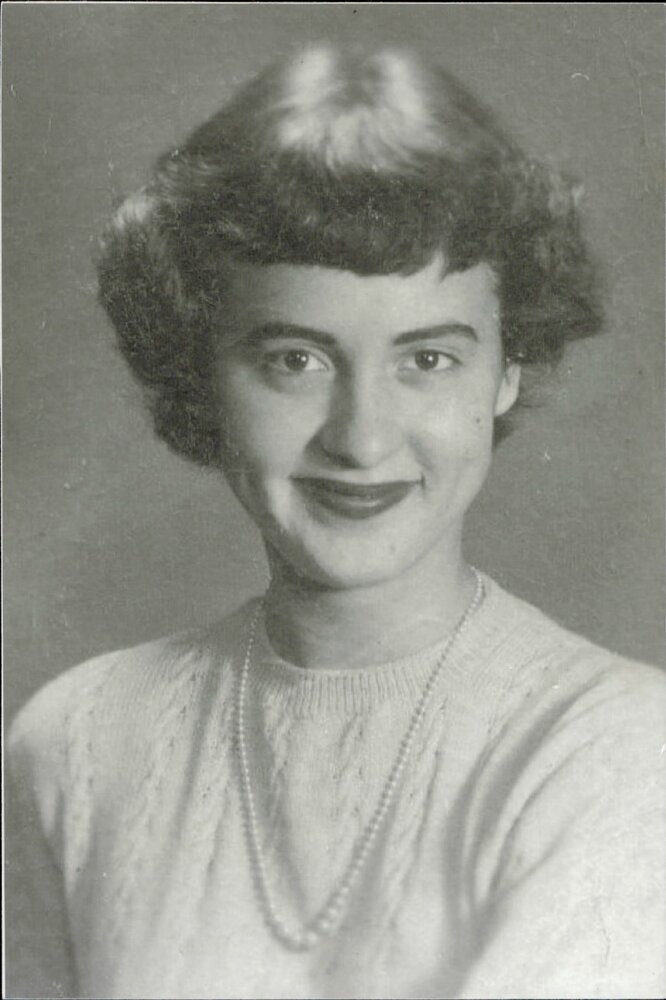 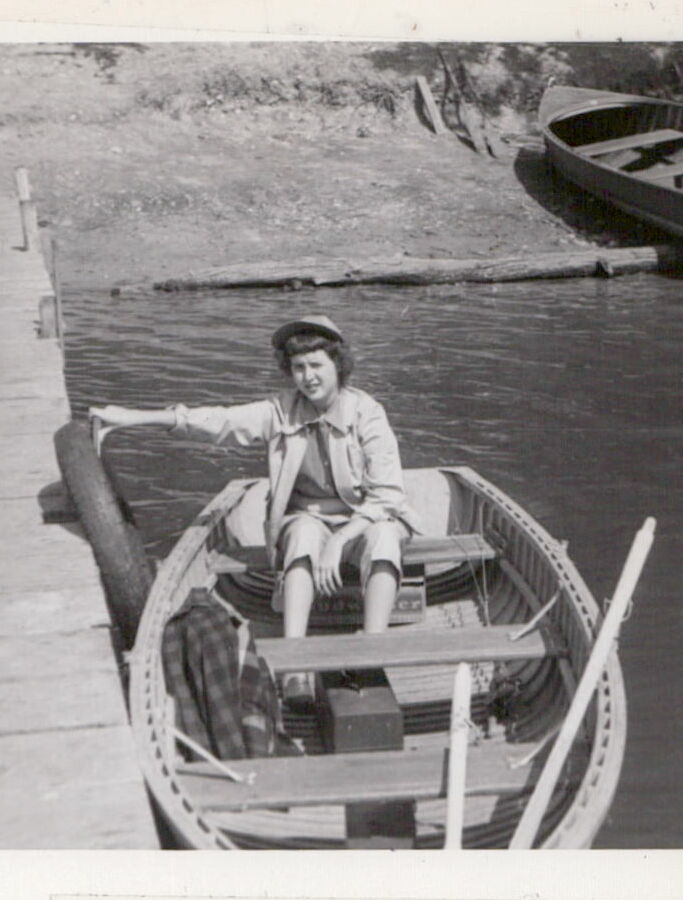 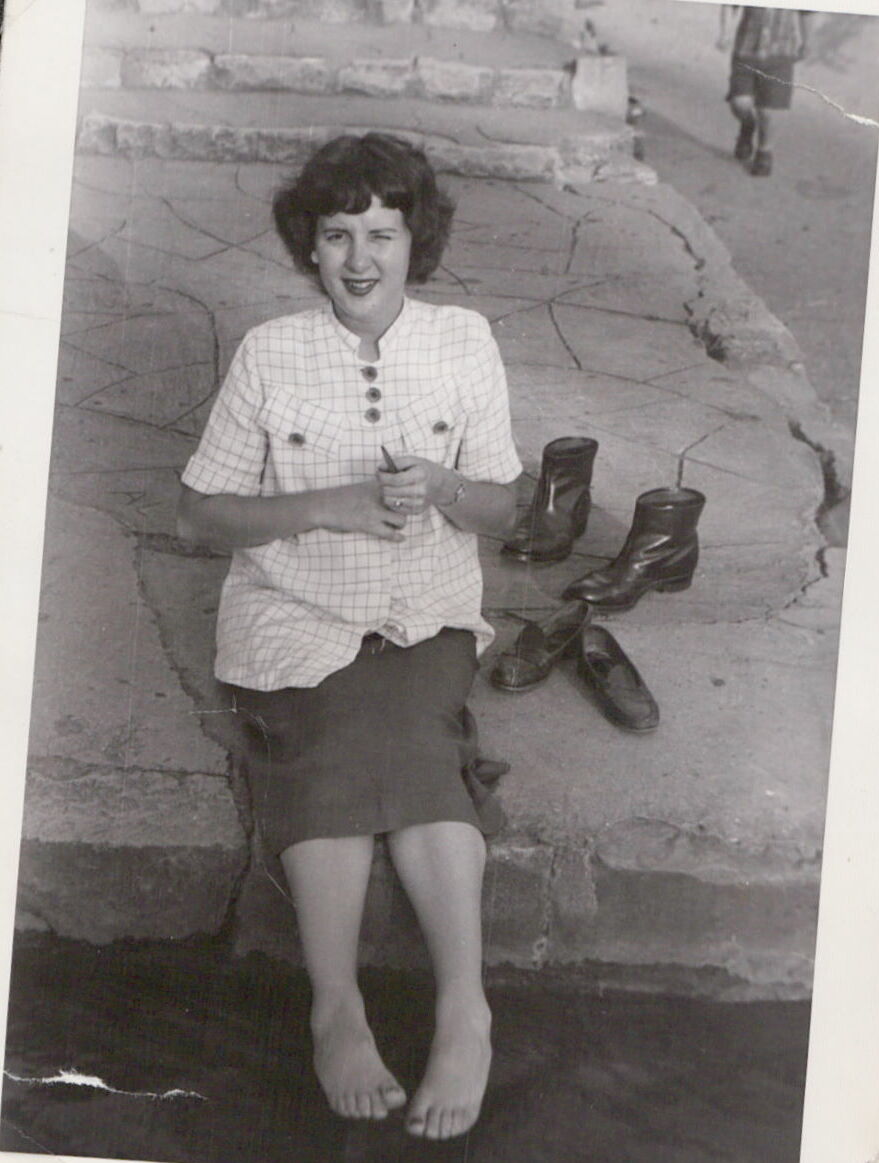 Obituary of Shirley A. Hanson

Shirley was born on August 13, 1930, in Highland Park, Illinois hospital, to Louis and Helen McOmber.

At that time, she joined her sister, Alyce (now deceased), and later her two brothers, Frank and William.

Shirley attended the Catholic school in Highland Park for grades 1 to 8. She then transferred to Highland

Park school system and graduated in May 1948.

the secretary to the commandant of administration of the Great Lakes Naval Hospital. This was the start

of her prosperous destiny upon the earth, for the kingdom of God.

Her desk was positioned in the front of the commandant's office. Shirley was visible to many of the

office personnel. However, there was one corpsman who came by every A.M to deliver his report for

the Dependent's Hospital that he was in charge of, and he passed by Shirley with a hello and smile.

Shirley wanted to meet this corpsman that she thought was "stuck up", "egotistical", "self-involved" and

so let us begin with this process. Through his many friends she had, this encouraged him to attend this

office party on St Patrick's Day, when the military and civilians had their annual celebration. His answer

was "no", I am a Norwegian and do not celebrate St. Patrick's Day.

He finally agreed after a chief Officer friend of his offered his car. His response however was that

everyone there would have a date and he would not be staying long. He went to the dance and sat at a

table; Shirley sat down beside him. They talked and danced for hours. This was the beginning of 71

years of a bonded marriage.

He asked if he could take her home and she stated she was with Ray Burbey. So, he went and talked to

Ray and Ray agreed that this young corpsman could take Shirley home. This is the first of many dates.

This corpsman' name was Carl Hanson from Northern Minnesota and a country boy. Shirley was

unaware that the Lord spoke audibly to him that he would marry her.

After dating for a year, Shirley and Carl were married on March 31, 1951. Shirley became pregnant on their

honeymoon, and they anticipated Carl's discharge on August 3, 1951. Those plans were interrupted as the

navy in July informed Carl they had extended his enlistment for another year, and he was assigned to go

to Korea for a year with the 1st Marine division as a corpsman. After some military confusion, Carl was

assigned to the USS Iowa with 60 marines. In November, the ship is on its way to Korea, and it breaks

down, so it returns to Long Beach for repairs, which take 45 days.

Carl asked for a leave and was informed that only 3-day passes were being given. He utilized this 3-day pass to

arrive in Highland Park to be with Shirley. Every 3 days Carl makes a phone call to the Lt and extension

was given. Then in January 1952 Michele Marie was born. Carl made another phone call and was

informed that the ship was leaving in 3 days. Carl had to leave his new wife and baby girl.

After one year, Carl returned from Korea and the family is united again. Carl immediately started at the

University of Minnesota school of Pharmacy (a 4-year course). The GI bill covered only registration and

books and some of the daily expenses. So, Shirley took a job at Federal Cartridge, from 12 midnight to Sam.

After some time, Carl saw that Shirley was losing weight and encouraged her to quit. He would be able

to cover the expenses as the GI housing was affordable, even though it wasn't the best

accommodations. Winters were -35 degrees, the heat often failed to keep the main part of the barracks

at 75 degrees. The bedrooms for the children were 45 degrees. Shirley piled rugs by the doors and

spent time with the children on the couch. And yes, our family increased - now there was Michele as

well as Michael and Melissa.

At graduation, the family consisted of Michele, Michael, Melissa, and Shirley was pregnant with

Carl got registered and licensed in the state of Minnesota and was hired at a hospital pharmacy. Carl

and Shirley searched for a rental home and at that time no one wanted to rent to families with children.

Shirley suggested that we buy a house. At that time, we did not have a checking or even a savings

account. Shirley's prayers and faith again persisted and her love stood firm. A deal was made with

Marvin Anderson Construction Co to make payments for the down payment.

while Carl stayed with his sister and family. During which time Carl had several jobs and was able to

make the payments. The March delivery time for Marlene was coming up and the house would not be

completed on time. Since Shirley had to be in a house by January, Carl started reading the Minneapolis, MN

"rent to family with children" and Carl acted on it asap. A visit to a law firm confirmed this blessing. It

was stated the rent was what you could afford to pay, no damage deposit, and could be rented until new

home was completed. In March 1957 Marlene arrived and so did the house on Russel Ave in

Bloomington, the completed split-level home - a miracle and a blessing.

In this home our family grew to include Michele, Michael, Melissa, Marlene and, eventually, Melodee,

different jobs and cities, Shirley kept the family together. Eventually ending up in Colorado.

Carl and Shirley found a rental home in Parker, Co with a lease option to buy with 40 acres. At this time

the remaining children at home were Mary Margaret, Matthew and Martin Jon. Martin Jon was

severely autistic and in need of special attention and love which Shirley provided for 50 years. Martin

Jon is now with the Lord and his loving mother.

A neighbor taught (Martin) Jon to ride a horse and Shirley saw a great improvement in Jon. She said

we had to start an equine center and offer this treatment to more special needs people. Shirley

starting Praying Hands Ranches. This was the start of Shirley's vision of her faith, prayers and love of the

special-needs to include a center for an indoor riding arena to be able to operate year-round. PHR

would be Christian based on the scripture Philippians 4:13 "I can do all things through Christ Jesus who

gives me all strength". Shirley was director for 40 years with Praying Hands Ranch with no monetary

compensation. She ran Praying Hands Ranch with love for the clients and the Lord. This she did until

the Lord called her home.

Shirley's faith, prayers, love of the Lord and perseverance have produced a state-of-the-art Equine

treatment center capable of offering the needed help to many of the special-needs populace. This was

also made possible by Shirley's very generous donation of her inheritance to PHR, and along with her

faith, love, and open heart for this special need. She has been able to bring to fruition her vision.

Her last request was to keep PHR as a Christian organization serving the needs of the clients.

Shirley's kind and generous Spirit touched many people. Her drive and compassion for her mission

Shirley leaves behind indelible memories, a beautiful smile full of joy and warm hugs for all.

Encouragement, gratitude, and quiet strength full of hope and love.

Shirley will be remembered for a life well lived, full of love and faith in fulfilling the Lord's destiny for her

time on this earth. The Lord took our beloved Shirley home on June 10th, 2022.

A Celebration of Shirley's Life will be held Saturday August 20th 2022 at 11:00 AM at Praying Hands Ranch

In lieu of flowers, the family suggests memorial contributions be made to Praying Hands Ranch.

To send flowers to the family or plant a tree in memory of Shirley Hanson, please visit Tribute Store
Saturday
20
August

Share Your Memory of
Shirley
Upload Your Memory View All Memories
Be the first to upload a memory!
Share A Memory
Send Flowers