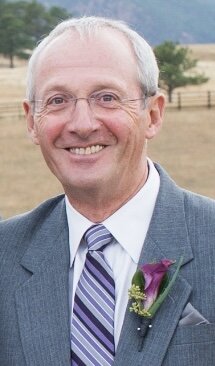 Kenneth Imre Molcsan, 74, or Parker, CO passed away peacefully, surrounded by his family on May 31, 2022.  Loving husband to wife of 51 years, Helen Molcsan.  Father of Kenneth (Shannon) Molcsan Jr., of Parker, CO, the late Marc Eric and Sean Michael Molcsan, of Parker, CO, and Jamie (Christopher) Polhemus, of Hanford, CA.  Beloved Grandfather to Hailey, Chelsey and Morgan Molcsan, of Parker, CO, and Madelyn and Finn Polhemus, of Hanford, CA.  He is survived by his step-mother, Jane Molcsan, of Wayne, NJ; brothers, Donald and Robert Molcsan, of Fort Collins, CO; sister, Lorraine Molcsan of Passaic, NJ; sister-in-law, Jenny Molcsan of Wanganui, New Zealand, and 14 nieces and nephews. Ken is predeceased by his parents Imre and Margurite Molcsan and brothers Eric, Bruce and Imre Molcsan.

Ken grew up in Wayne, New Jersey and was the eldest of seven children.  Following his graduation from Wayne High School, he honorably served his country in the United States Army as a corpsman and x-ray technician.  Ken married Helen O’Brien of Wayne, NJ, in 1970.  After their wedding, they started their journey west with everything they could fit in their Dodge Charger.  Initially, they landed in Kansas, where Ken was stationed at Fort Riely.  Following his service commitment, they headed to Nebraska, where Ken earned his Bachelor’s Degree at University of Nebraska, Lincoln.  Then they moved to Vail, Colorado where Ken began his banking career and this is also where Ken and Helen started their family.

During his four decades in the banking industry, Ken worked his way through the ranks from a management trainee to Senior Vice President.  He took pride in serving his community, which was evident through his participation in the Parker Chamber of Commerce, Parker Business Development, and President of the South Metro Fire Protection board. Ken was also very passionate about skiing and obtained his Level 3 certification as a Vail Associates Ski Instructor at Beaver Creek Resort.

Ken was an avid outdoor enthusiast, to include skiing, camping, long distance running, golfing, and hiking, all which he paired with his love of photography.  Although he wasn’t an official ski instructor until the early 2000s, he spent many years teaching all of his children, grandchildren, and several friends and family how to ski.  He enjoyed reading, learning about history, and astrology.  Ken had an adventuresome spirit.  He took great pleasure in traveling, whether it was just to the backyard mountains for a camping trip, cross country drives to National Parks, or to his paradise in Puerto Vallarta, Mexico.  Ken's greatest love was his wife, his children and his home. He was a man of unconditional love and a witty sense of humor that will be sorely missed.

Catholic Funeral Mass will be held at 12:00 p.m. on Saturday, June 18, 2022, at Ave Maria Catholic Church, 9056 E. Parker Road in Parker. Final Resting Place will be with his sons Marc and Sean at Vail Memorial Park, Vail, CO

To view the Mass via live-stream - please go to:  https://youtu.be/2-5nrejaO3Q

To send flowers to the family or plant a tree in memory of Kenneth Molcsan, please visit Tribute Store

Share Your Memory of
Kenneth
Upload Your Memory View All Memories
Be the first to upload a memory!
Share A Memory
Send Flowers