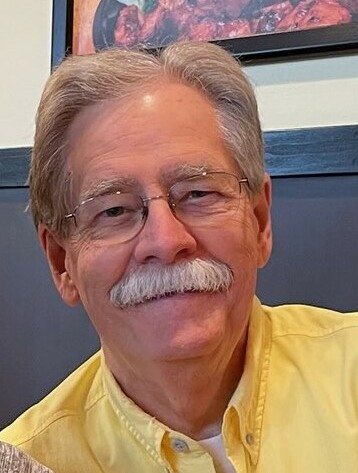 Don K. Williams, 72 passed away peacefully on March 24, 2022, at Porter Adventist Hospital of heart failure. His family was grateful to be by his side for many weeks while he fought to come back from a massive heart attack on January 25th.

Don was born October 16, 1949, in Idaho Falls, Idaho to Leo and Velva Williams. Don grew up in the Williams Funeral Home, a family-owned business started by his father in 1937 in Idaho Falls, Idaho. After attending Utah State University, he graduated from the San Francisco College of Mortuary Science in 1973 where he earned the Mu Sigma Alpha Award. Upon graduation, he returned to assume the management and ownership of the family business, Williams Funeral Home. He successfully operated the business until 1984 when he was approached and sold the business. Don was a licensed Mortician in the State of Idaho since 1973. Don also ran a successful general construction business in Idaho Falls. In 1988, Don moved his family to Colorado to begin a financial services career. In 2003, he worked on the creation and establishment of Director’s Select Retirement Plan, a nationally approved 401(k) and profit-sharing plan designed exclusively for the funeral industry.

Don and Kathy fell in love at first sight their senior year at Utah State University. They were sealed in the Logan, Utah Temple of The Church of Jesus Christ of Latter-day Saints. In 1973 they moved to Idaho Falls, ID where they raised their family while Don operated the funeral home. Don was a very active and supportive father in all his children’s activities. He was also an active member of The Church of Jesus Christ of Latter-day Saints serving in several bishoprics. When he moved his family to Denver, he continued his love of family and faith while enjoying many hours of watching his children in various activities. He was known for his service and dedication to various church callings including the High Council and working with the young single adults.

One of his greatest joys in life was his grandchildren. He loved traveling to watch his grandchildren in whatever activity they were participating in. He was known as papa or pops and wore the title proudly. We are grateful that he was given the opportunity to meet the first great grandchild and will now be the angel from heaven for all his grandchildren, young and old, to help them through all their adventures to come. Don loved his family and always put them first. He is survived by his wife, Kathy of Parker CO, 3 sons and one daughter, Cory (Beth) Williams of Parker, CO, Bart (Mindy) Williams of Aurora CO, Jamie (Scott) Lucius of Centennial CO, and Jeff (Kristen) Williams of Broomfield, CO, 11 grandchildren, 1 great grandson. His parents, Leo and Velva Williams and one brother, Dee Williams preceded him in death. He is also survived by one sister, Dena (Ed) Robbins, sisters-in-law Charlotte Williams (wife of Dee) and Shaunna Fuhriman, brothers-in-law Craig (Kathleen) Fuhriman and Bob (Sherry) Fuhriman and many nieces and nephews who loved him dearly.

To send flowers to the family or plant a tree in memory of Don Williams, please visit Tribute Store
Thursday
31
March

Share Your Memory of
Don
Upload Your Memory View All Memories
Be the first to upload a memory!
Share A Memory
Send Flowers