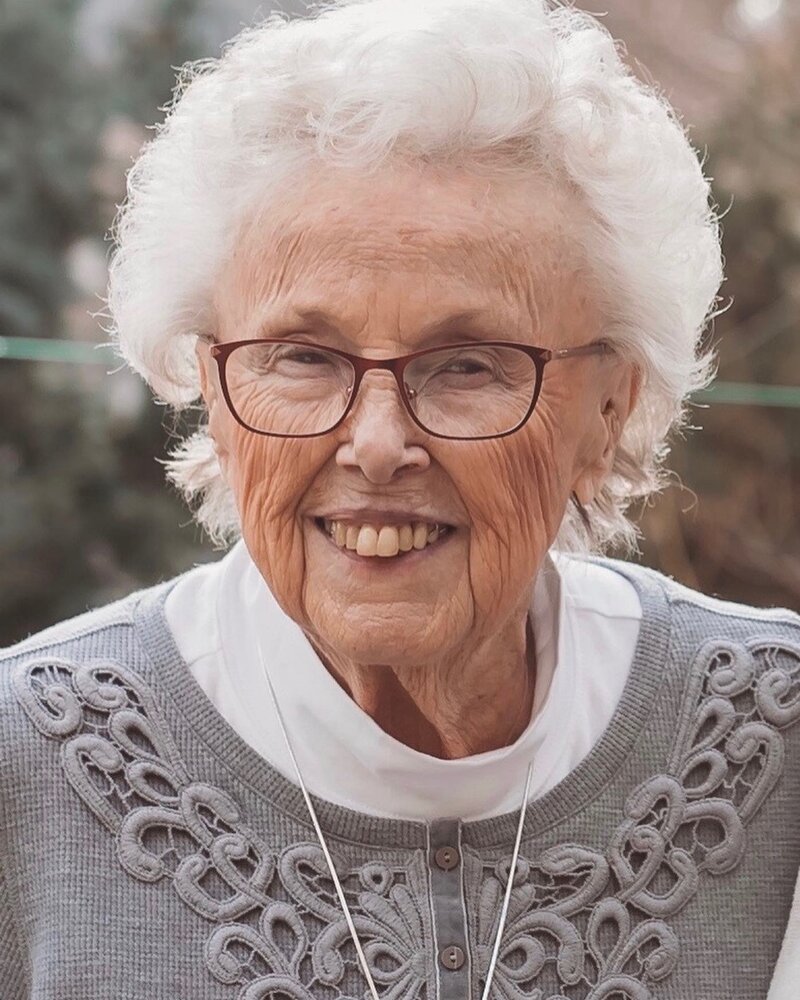 Doris Jean (Wilson) Walling of Parker, Colorado passed into the presence of God on February 6, 2022 at Denver Hospice. We honor and celebrate her loving life on February 11, 2022 at Cedar Hill Cemetery in Castle Rock, Colorado.

Doris was born on March 2, 1932 to Charles and Minnie Wilson in Greenup, Kentucky. She dearly loved Kentucky and the experiences of her family living during the time of the great depression.  Her father was a high school teacher and football coach, and her mother worked in various jobs serving the public.

Doris graduated from Shawnee High School having learned bookkeeping and administrative short hand which were used throughout her life serving in various business fields: nursing home administration, college financial assistant, dental office billing, and as church secretary. For many years she cared for her mother after her father’s passing.  She demonstrated a determined can-do mind and heart.

Doris and Blaine married on April 15, 1951 in Louisville, Kentucky. Together they raised two children, Terry Blaine Walling now of Chico, California and Karen Jean (Walling) Gunstream now of Parker, Colorado. They resided in the states of Kentucky, Connecticut, Southern California (1959-1997) and moved to Colorado in their retirement years.  They were married for 63 years.

She loved being a mother and involved in her children’s lives by helping in Christian scouting, children’s choirs, team mom and attending baseball games for her son, and musical events for her daughter. She was greatly interested in the lives of her six grandchildren and spouses, and 16 great-grandchildren.  People were a passion for her and she enjoyed being among them in her church and neighborhood and she was involved in helping others grow in their faith following Christ. We will miss her life and joy.

Doris is Survived by:

In lieu of flowers, the family suggests donations be made to:

To send flowers to the family or plant a tree in memory of Doris Walling, please visit Tribute Store
Friday
11
February

Share Your Memory of
Doris
Upload Your Memory View All Memories
Be the first to upload a memory!
Share A Memory
Send Flowers