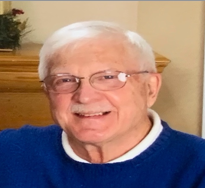 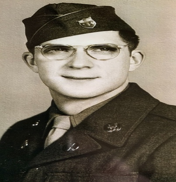 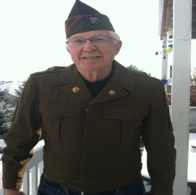 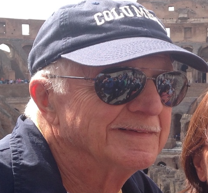 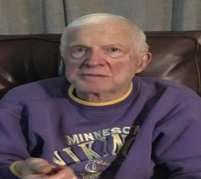 Beloved husband, father, grandfather and friend, Ro arrived at his final destination as a faithful servant of the Lord on October 1, 2021.  Although his passing was sudden and unexpected, his legacy of lifting people up and bringing out the best in others will be remembered by all who knew him.

Ro was born during a heavy snow storm on his Aunt and Uncle’s farm in Storden Township on Christmas Day 1928.  He was the first child of Ervin and Amanda (Quade) Menk.  After graduating from Round Lake High School, he attended Worthington Junior College and earned an Associates of Arts Degree.  Missing something in his life, Ro felt a calling to serve his country and enlisted in the Army.  To serve was an honor he cherished throughout his life.  After being honorably discharged in 1952, he enrolled at the University of South Dakota and graduated in 1954 with a Bachelor of Science Degree in Business Administration.  Ro was employed as an accountant and auditor in both private and public companies until hired by Apache Oil company in 1968.  He remained there until retiring as Vice President of Internal Audit in 1992.  Retirement was too boring for an energetic and active man like Ro, so he sought an employment opportunity at the Highlands Ranch Ace Hardware Store that was under construction.  It was his pleasure to open the store, and work with and meet many incredible people there, some of whom became very dear friends.

Starting a new career in accountancy in the big city of Minneapolis, Ro met and fell in love with the beautiful Barbara Smith.  They married on Thanksgiving Day in 1956.  Together they raised three remarkable sons: Gregory (Shreve) of California, Joel (Elin) of Arizona, and Jeffrey (Bethany) of Minnesota.  The three boys completed the couple’s dream for a family, and greatly enriched their lives. Ro and Barbara remained in Minnesota until Apache Corporation moved its headquarters to Denver in 1987.

When Ro and Barbara relocated to Colorado, they settled in Littleton.  They looked forward to adventures in the “Mile High” City and the great Rocky Mountains.  However, their life together was cut short when Barbara went to be with her Lord and Savior in September 1988 after a courageous battle with metastatic breast cancer.  The loss of Barbara left a void that could never be filled.

While living in Littleton, Ro was introduced by a neighbor to Diann Schultz.  A strong bond formed between them, and then love blossomed.  On New Year’s Eve in 1989, Diann married Ro, the absolute love of her life.  He inherited four more sons, Joshua (Jill) of Colorado, Andrew (Shannon) of Arizona, Daniel (Charlie) of Massachusetts, and Matthew (Kortney) of Colorado.  Raising them as his own, Ro was a positive and loving role model.  He taught them important life lessons, listened to and guided them, and introduced them to opportunities beyond their wildest imagination.  He was their dad.

Ro was not only a faithful servant of the Lord, devoted husband and father, loyal friend and dedicated employee, he was also a voracious reader, Western movie buff, life-long Minnesota Viking fan, and staunch supporter of breast cancer research and Military Veterans.  He loved deeply and gave selflessly.  He touched so many with his gentle spirit, remarkable strength and enduring compassion.  His impact is still felt far and wide.  He is already greatly missed.

The memorial service will be held at 4:00 pm on Friday October 22, 2021 at Shepard of the Hills Lutheran Church.

In lieu of flowers, please consider a donation in his honor to American Veterans (https://support.amvets.org/) or Breast Cancer Research Foundation (https://give.bcrf.org/).

Please bring a mask as they are recommended.  If Tri-County Health, or the Colorado Department of Health issues a mask mandate for indoor events, they will be required.

Shepard of the Hills Lutheran Church

To send flowers to the family or plant a tree in memory of Roland Menk, please visit Tribute Store

Share Your Memory of
Roland
Upload Your Memory View All Memories
Be the first to upload a memory!
Share A Memory
Send Flowers