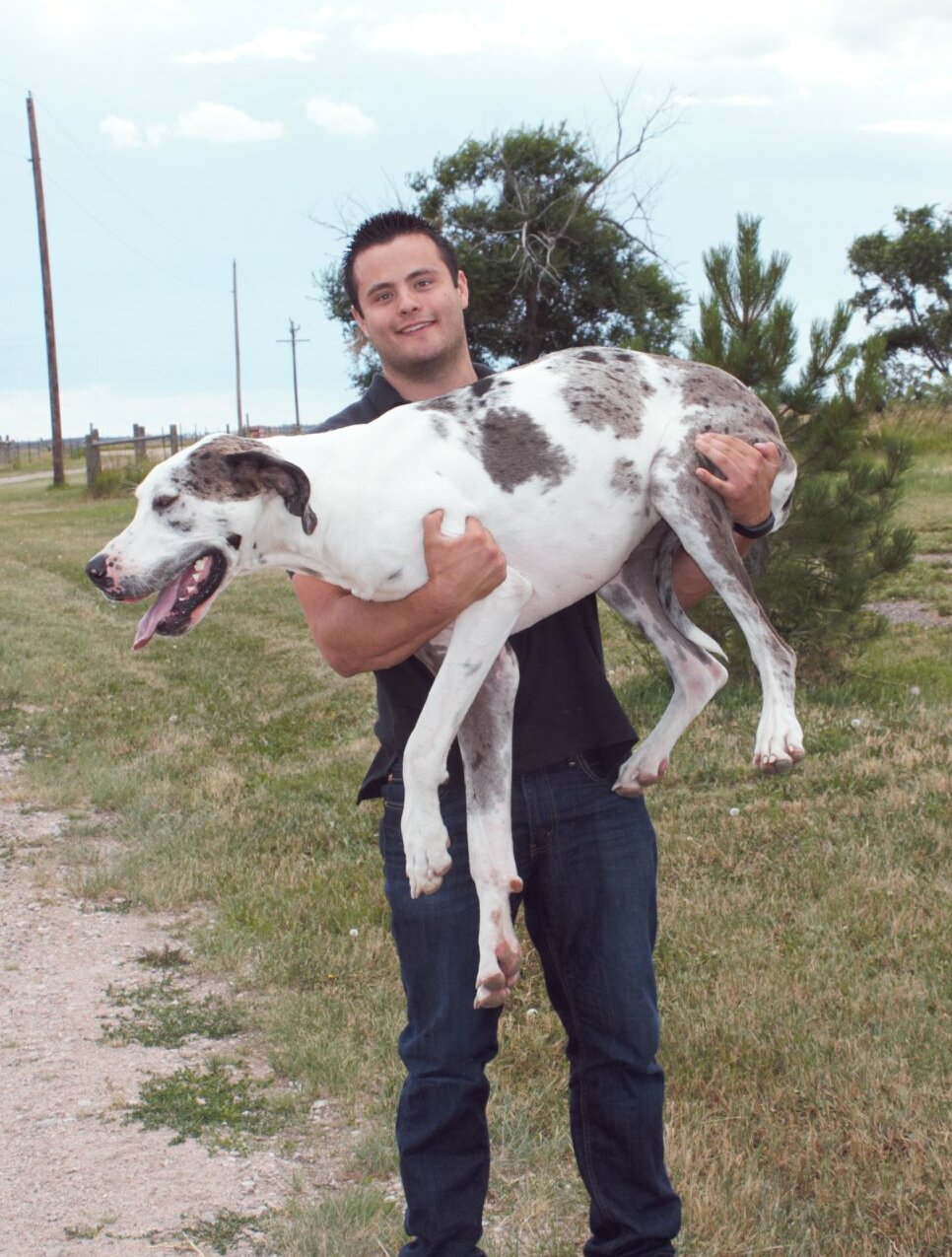 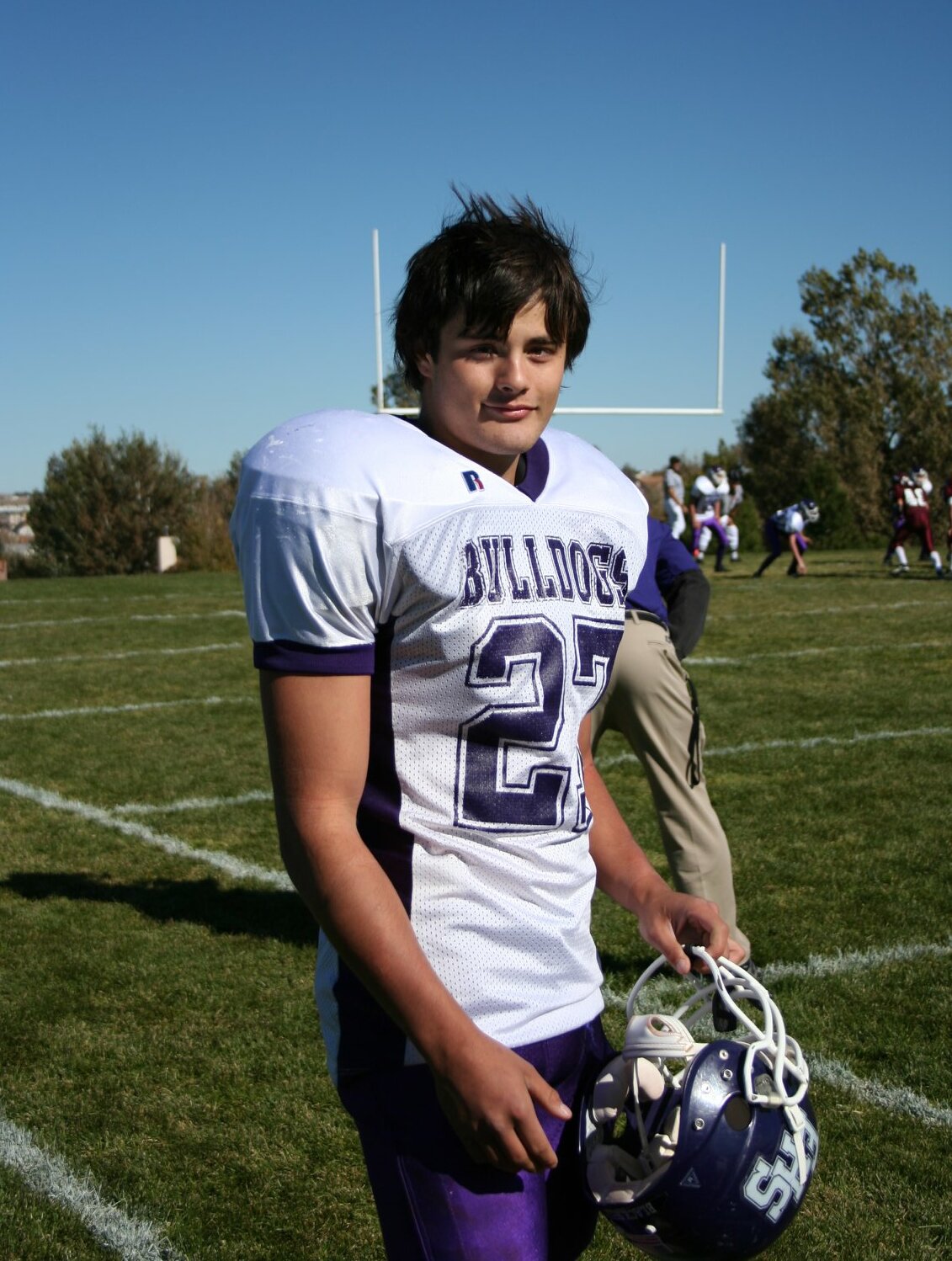 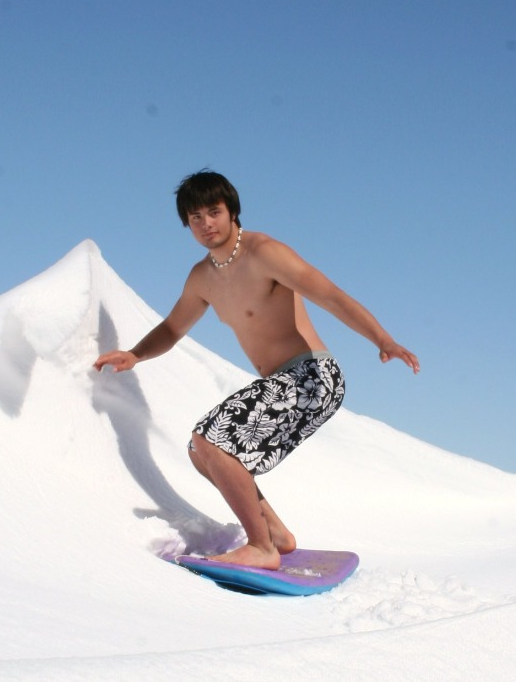 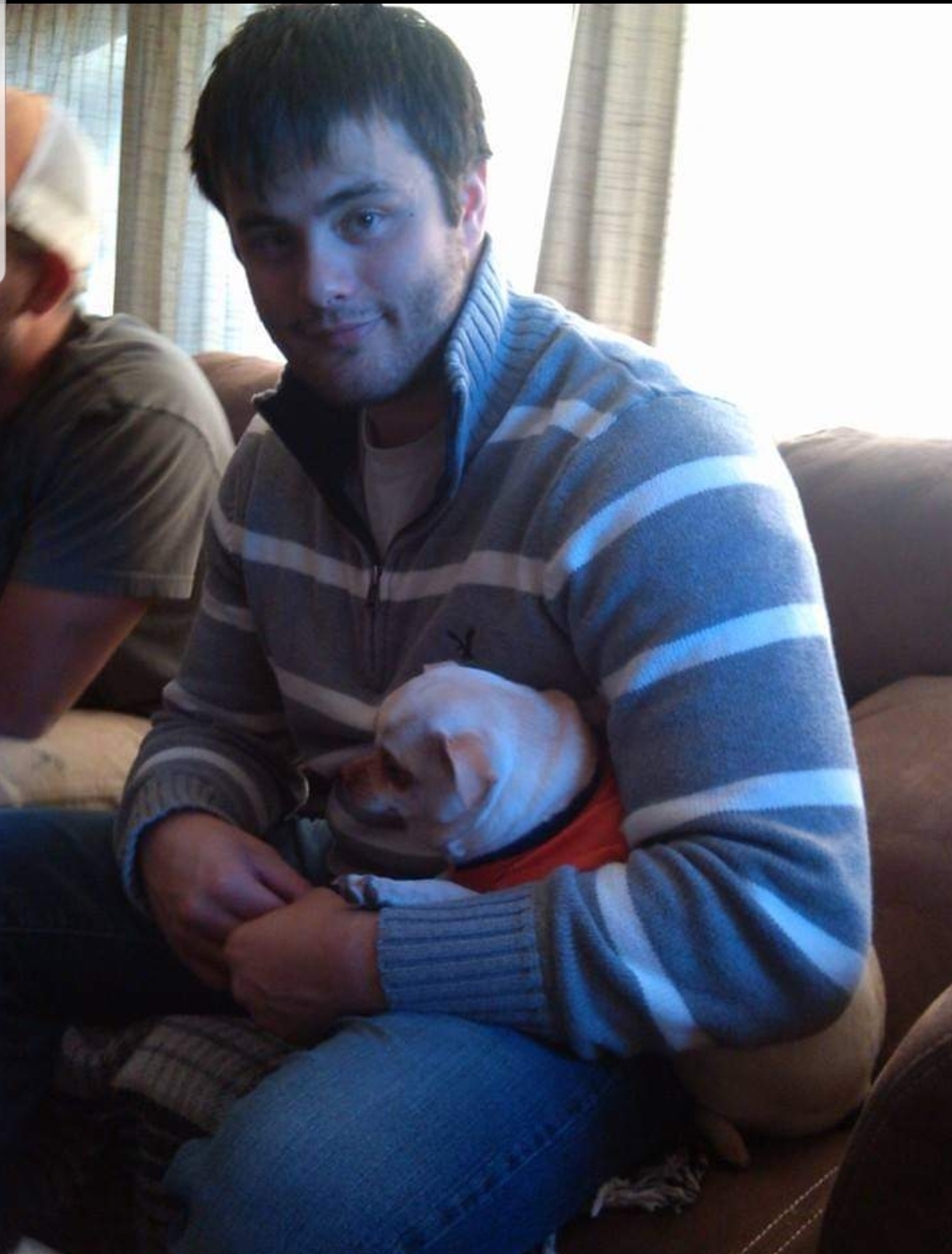 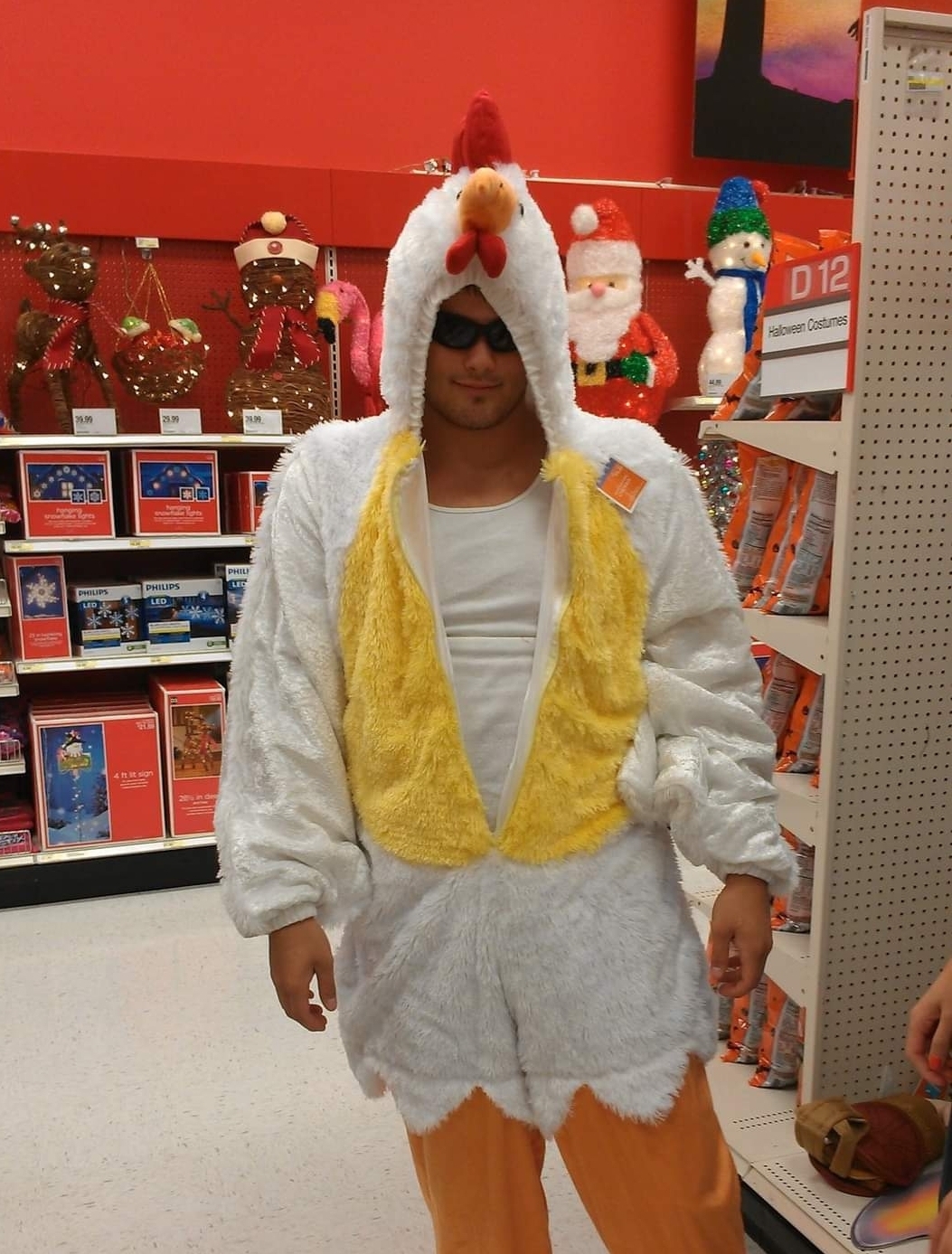 Ketchup on everything - not just food... everything...

A private graveside burial will take place on October 4, 2021 with a Celebration of Life to follow at 1:00 p.m. at the Elbert High School football field: 7000, 7044 County Road 98, Elbert, Colorado 80106. All are welcome to celebrate Dawson's life. Dirt roads will be travelled, no stop light will be found. You will go past the Mini Mart, the bar is on the opposite side of the field, if you see cows, you've gone too far. Dawson hated suits, loved football - please dress accordingly. This is home.

For those of you who knew Dawson, you were in the presence of the most goofy, perfect, and sincere man who ever walked this Earth. It's not fair that the time he spent here was so short but he lived it to the fullest. It was actually amazing he made it this far! From chasing down rattle snakes, bears, and mountain lions (really anything for an excuse to use his Steve Irwin impression would suffice), too many bottles of Cherry Burnetts, running before he could walk, fighting trees and losing every. single. time., and playing sports so hard he broke records, his back, and his foot. Dawson was unstoppable. Literally, he was a bull. No one could stop him. And anyone who played football against him, we are surprised you are still standing. And if you did leg day with him, we are surprised you are still standing, too.

Dawson was born to Deborah Wilkins and Jeffery Weber. Dawson was the 4th of 6 kids. Being stuck in the middle, he received his "fair share" of brotherly love, passing along the lessons he learned to his younger siblings. Despite all their very unique/slightly unbelievable stories, their relationships are stronger than any embarrassing story that they might tell you.

Dawson found his calling and made his mark as an all star football player at Elbert High School, among other activities, that may or may not have included some law enforcement. Dawson was on the fast track to getting a scholarship to play for Western State University, but chose to stay close to his family. He attended college at Metro State University where he played semi-pro football and received his Bachelor's degree in accounting, which he tried his best to make sound exciting...

Dawson's love for football extended to watching EVERY football game he could get his hands on. He would study the players more than he did for any college exam. The day Madden was released each year he would stay up all night playing, often missing work the next day to win the Super Bowl. Participating in fantasy football every season was a must. Throwing the football with friends and family was a given whenever Dawson was around. His best throw of all was throwing the football so hard at his wife that he nailed her straight between the eyes. Even after that, she still married him. But more on that later.

During the off season, Dawson would fish. His fishing skills never fully developed, but he kept on trying! He was, however, a pro at catching crawdads, swamp gunk, frogs, and lizards.

Dawson and Alexandra ("Alex") met at a party when they were 18 and 19. Little did they know their fairy tale would soon begin. This was all thanks to a crazy connection between Dawson's bestfriend, Colten, and Alex's sister, Samantha. Dawson and Colten always talked about marrying sisters. Who would have guessed that their wish would come true. Dawson and Alex married October 18, 2019.

Dawson and Alex shared 10 amazingly perfect years together. They went on adventures as far as Alaska and Hawaii to exploring a conservatory minutes from their home. But the best moments were shared at home sitting around the house being head over heels in love making peach jam and pickles. It is definitely the love of a lifetime. If you were to ask them to describe their relationship, they would use words like "soulmate," "true love," and "#goals". Okay, maybe not the last one. But the love they shared was one that was visible to anyone around. It brought light to the room and gave you hope that you would find the same. It really is a forever love.

Dawson worked as an accountant for Floyd's 99 Barbershop. He was so proud to have found a company he loved. A company that could put up with his odd comments, just smile, and give it right back to him. We are forever grateful that he found such a supportive company to work with.

For those of you who never met Dawson, or hadn't seen him recently, he was struggling with many health issues. He wanted you to remember him for the type of person he was and the life he lived. Not the body that carried his soul and eventually broke down on him. We loved his soul; and for those who believe, he is up in heaven surrounded by loved ones. For those of you who don't believe he will probably haunt you because he really was a big believer in ghosts - even chasing one all the way into Gram's bedroom one night.

As we take this time to celebrate Dawson, we know he would love it if you would try his famous Dawson sandwich (recipe below), cheer for the Titans this season - Broncos are acceptable, and live each day as if it were Super Bowl Sunday.

Ketchup (Ketchup on everything...)

To send flowers to the family or plant a tree in memory of Dawson Weber, please visit Tribute Store

Share Your Memory of
Dawson
Upload Your Memory View All Memories
Be the first to upload a memory!
Share A Memory
Send Flowers