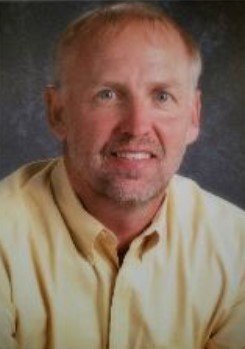 Timothy James Ostdahl, age 59, passed away unexpectedly at his home in Parker, Colorado on Friday April 16, 2021.

Tim was born to Leonard and Marjorie Ostdahl on February 8, 1962. He was the youngest child with two older sisters Tami and Teri. Tim grew up in Minot, North Dakota where his life long passion for nature and the outdoors began at an early age. He was an avid hunter, fisherman, and outdoorsman for the entirety of his life.

He wrestled for Minot High School where he graduated in 1980. He continued his education at Minot State University where he was a brother of the Sigma Taus Gamma fraternity and graduated with a bachelors degree in special education and a masters degree in early childhood
education.

Following his academic career in Minot, he spent a year in Fukuoka, Japan, teaching English as a second language. After returning to the United States, he started his career in education and furthered his own education by pursuing multiple endorsements on his master's degrees. While his 30-year professional career focused on working with children with learning disabilities, he was an educator in and out of the classroom. Tim had a vast knowledge on a myriad of subjects, and loved helping people understand the dynamic world around them.

In 1993, Tim married Stephaine Bailey Ostdahl and had three children, Grayson Ostdahl, Quinton Ostdahl, and Sterling Ostdahl. Tim's greatest joy were his three sons. He coached them in athletics throughout their youth and was their biggest supporter in all their activities.

He is preceded in death by his father, Leonard Ostdahl, and his sister Teri (Ostdahl) Johnson. He is survived by his children Grayson Ostdahl, Quinton Ostdahl and Sterling Ostdahl; mother Marjorie Ostdahl; sister Tami (Ostdahl) Spiros, brother-in-law Larry Spiros, nephews Nick Spiros and Kyle Spirus, niece Sydney Spiros and great niece, Dakota Bigger; brother-in-law Larry Johnson, sister-in-law Becky Hillerud-Johnson, nephews Drew Johnson and Lucas Johnson. He is also survived by numerous aunts, uncles, and cousins, and his life partner, Heidi Brungardt. Her children and grandchildren, Shelby and Wade Carter and their children Avery and Kane, and Brandon and Chandler Brungardt and their son Hunter will miss him terribly.

To send flowers to the family or plant a tree in memory of Tim Ostdahl, please visit Tribute Store

Share Your Memory of
Tim
Upload Your Memory View All Memories
Be the first to upload a memory!
Share A Memory
Send Flowers