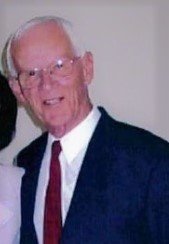 He was preceded in death by his wife Estelle, parents Antonio and Angela Martin, his brothers Amelio and Aldo Martin, and grandson Adam Reed.

Alfredo (Fritz’s given name) was born on May 23, 1920 in a small town in northern Italy called Pramaggiore. When he was just 4 years old, his father left Italy to escape persecution from Mussolini’s Fascist regime and find a better life for his family in America. It was not until nearly 5 years later, when Alfredo was 9, that his father was able to send for the family to join him in Philipsburg, NJ, where he had established a shoe repair business.

Growing up a first-generation immigrant during the great depression, Alfredo learned the value of frugality and hard work. As a child, he took whatever odd job he could find.  One such job was setting up bowling pins while dodging bowling balls (before automated lanes) for 10 cents a day; every penny of which he would give to his mother.

Although forever proud of his Italian heritage, he quickly adapted to American culture, learning to love Hollywood movies and baseball, both of which taught him at least as much English as he learned in school. When his mom saved up some money to give him violin lessons, kids in the neighborhood took to calling him Fritz after the famous violin virtuoso of the day, Fritz Kreisler. The violin lessons didn’t take, but the nickname did.

In a decision he grew to regret and later more than made up for, Fritz dropped out before finishing high school to take on various jobs mainly in the restaurant business, working his way up from washing dishes, to bussing tables, to waiting tables. Then WWII happened and dramatically changed the trajectory of his life. He enlisted in 1942, was trained as a radio operator, serving first in Egypt and then in the European Theater.  His division gave support to the Normandy invasion on D-Day and the liberation of Paris.

After the war, Fritz embarked on what was to be a 35-year career in aviation. In 1945, commercial air travel was something new and exciting and he jumped at the chance to get in on the ground floor. He began at a remote rural outpost in Akron, Colorado, gathering and relaying weather data at a small airport there. In Akron, he met and married the love of his life, Estelle Lebsock. Shortly thereafter, they and their growing family moved to Parkersburg, West Virginia. It was there, and later in Indianapolis, Indiana, that Fritz became an air traffic controller. He performed this high stakes, high stress job for ten years during which he gained a reputation as not only a top-notch controller, but an excellent communicator as well. He was asked to train new recruits, and then, in 1960 was offered a job at a research and development center in New Jersey where the FAA was developing an automated air traffic system. Computer automation was something new and exciting and once again, Fritz was in on the ground floor. For the next 20 years, he worked to develop the system that eventually was adopted nationwide. That very system is still used to control air traffic to this day.

Upon retirement, Fritz was finally able to accomplish his lifelong dream of getting a college degree. One of his proudest accomplishments was earning a BA from Stockton University in 1986 at age 66.

In 1989, Fritz and Estelle moved to Castle Rock, Colorado, to be near Estelle’s family. Here they spent many happy years enjoying retirement together. The two of them traveled extensively, to Europe, to visit family, to see Broadway plays, to follow their brother-in-law on the PGA Senior Tour. When not traveling, Fritz enjoyed playing golf, developing photographs in his darkroom, and following the baseball fortunes of his beloved Rockies. Some years, he even traveled to Phoenix to watch them in spring training – most recently in 2019 at age 98.

In the final years of his life, as the inevitable diminishments of age took their toll, Fritz’s strength of character seemed to grow, even as his physical strength declined. He nursed his beloved Estelle through a 7-year long illness until her death in 2016 with a tenderness and devotion that was an inspiration to everyone who knew them. Most recently, he endured the extreme pandemic-imposed isolation at his retirement community with stoic resolve: “one day at a time.” He endeared himself to the staff there, with his positive attitude, his strength of will and his charm.

By his own account, Fritz lived “a “tremendous life.” He was proud of his service to his country, this land of opportunity that he loved and that rewarded him so well. He was proud, and rightly so, of his academic, professional and financial success, proud of having lived the American dream. making a better life for his family.

A funeral mass will be held on Monday, March 22nd at 11:00 AM at St. Francis of Assisi Catholic Church in Castle Rock. His final resting place will be at Fort Logan Cemetery with full military honors on Thursday, March 25 at 9:00 AM. Friends and family will gather for a celebration of his life later in the summer. Memorial donations may be made to Little Sisters of the Poor, 3629 W. 29th Ave., Denver CO 80211 Tel: 1-303-433-7221 Web: http://www.littlesistersofthepoordenver.org/donations/

To send flowers to the family or plant a tree in memory of Alfred Martin, please visit Tribute Store

Share Your Memory of
Alfred
Upload Your Memory View All Memories
Be the first to upload a memory!
Share A Memory
Send Flowers