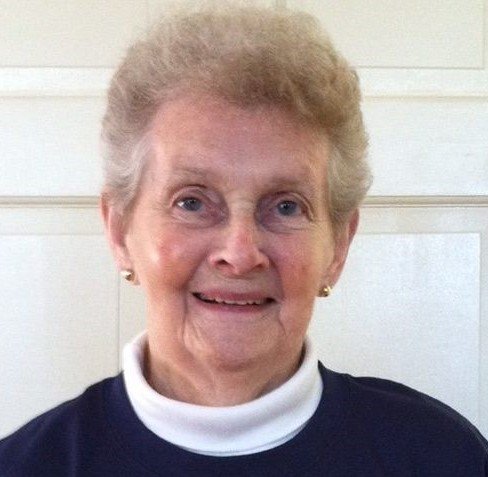 Grace Agnes (Gra) Whelpley, 96, passed peacefully into the arms of her Lord yesterday, and hopefully onto the first tee of the most glorious heavenly golf course you could imagine, joining her husband, Herman (Paul) Whelpley and her son, Dr. Douglas Whelpley for a long-anticipated round.

Born on May 14, 1924, she grew up during the depression on a dairy farm in Wisconsin with three sisters and a brother. Gra went on to work at the Treasury Dept. in D.C. during WWII, where she met her husband, who was in the Navy. After the war, they settled in Naperville, Illinois where they raised their three children and were active members of the Naperville County Club. For several years they also ran the Hobby House, where Gra’s many creative talents were on display.

Over the years, Gra and Paul traveled extensively, from Rio to Singapore to Maui, and were active in the Western Seniors and Western Women’s Golf Association. Eventually, they retired to Gun Barrel City, Texas where they lived for over thirty years, giving their extended family many happy memories of life on the lake.

Grace is survived by her son, Barry Whelpley and her daughter, Robin Nolet, as well as innumerable grand and great-grandchildren. A private service will be held in the spring/summer at Ft Logan National Cemetery in Denver, Colorado for both Grace and Paul, followed, when Covid rules allow, by a celebration of life gathering of family and friends.

She was a blessing to her family, loved by many in her nearly 97 years on this earth. Grace/Gra/Aunt Gra/Mom/Grandma Gra/ Great-Grandma Gra (triple G!)--she went by several names but we all miss her dearly today, the memories are bringing both tears and laughter. God bless you, Momma. xoxo

To send flowers to the family or plant a tree in memory of Grace "Gra" Whelpley, please visit Tribute Store

Share Your Memory of
Grace "Gra"
Upload Your Memory View All Memories
Be the first to upload a memory!
Share A Memory
Send Flowers