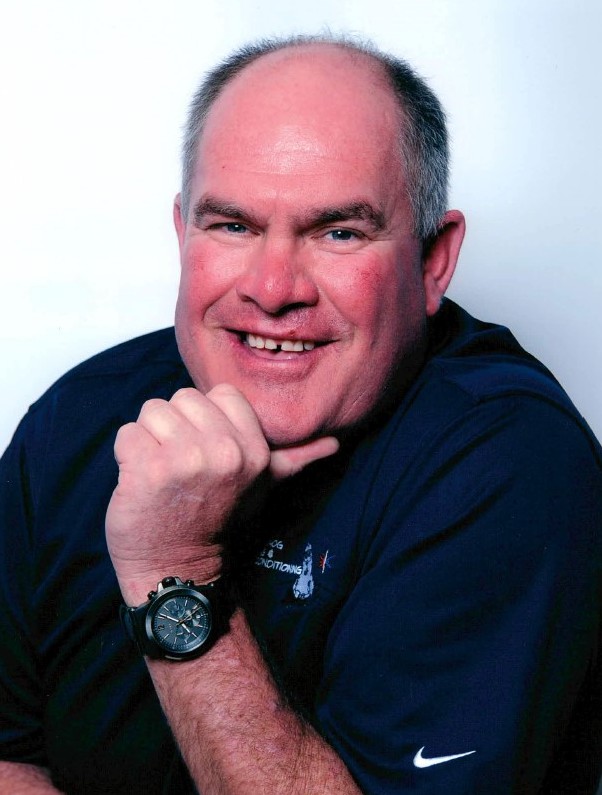 On Tuesday, September 22nd, Patrick Lohr, Loving husband and father of three children, passed away at the age of 49.

Patrick Vincent Lohr was born in Denver, Colorado, on February 2, 1971. He was raised by his single mother as well as his aunt and uncle in Englewood, Colorado. He graduated from Englewood High School in 1989. He attended the University of Nebraska for one year before becoming a Marine. He proudly served until his discharge and then began his career in heating and air conditioning. He started his own business, Groundhog Heating, in 2010 and successfully ran it for 10 years.

On January 22, 1993, he married Carrie Marie Lohr. Together they raised two sons and a daughter, Barrett, Allison, and Blake. Pat was delighted that both of his sons were also born on February 2. Each year, groundhog day was quite the special day of celebration. \

He had a great love for dogs and you could always find at least one in the house (we currently have 5). His love for his family and country was fierce. He was patriotic through and through. He enjoyed golf, baseball, and woodworking; thoroughly enjoying working with his hands. His house was his castle, you could tell by the love and care he put into it. His favorite vacation was to take his family on cruises. He was the life of the party and he loved to make others laugh and smile. There was always laughter wherever he went.

Pat is survived by his wife of 27 years, Carrie, and 3 loving children, Barrett, Allison, and Blake. He was predeceased by his mother, Karlene Austgen.

To send flowers to the family or plant a tree in memory of Patrick Lohr, please visit Tribute Store
Friday
9
October

Share Your Memory of
Patrick
Upload Your Memory View All Memories
Be the first to upload a memory!
Share A Memory
Send Flowers