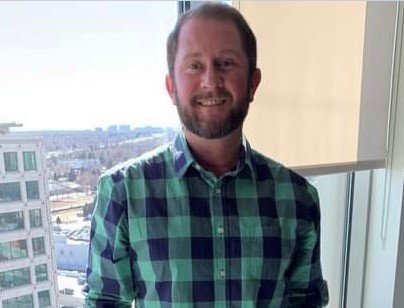 Jeff grew up in Littleton, CO and graduated from Arapahoe High School.  Jeff earned his BA in Communications at The University of Montana, Missoula, MT.  After college Jeff worked for Cigna as an Underwriter.

Jeff had an infectious smile, a joyous laugh and had a dry sense of humor.  Jeff loved deeply, was kindhearted, willing to give anything he had to others and was always the life of the party.

Jeff passed away on Saturday August 15th, 2020 in Parker, CO.  He will be dearly missed by all who knew him.  A Celebration of Life Service will be held on Friday, September 18th, 2020 at 7:00 for his family, close friends and colleagues at the PACE Center in Parker, Colorado.  The family suggests casual dress attire.

Jeff was cremated and will be buried with his father at Fairmount Cemetery in Denver at a later date.

Donations in honor of Jeff can be made to the Dumb Friends League at:

To send flowers to the family or plant a tree in memory of Jeffrey Petersen, please visit Tribute Store

Share Your Memory of
Jeffrey
Upload Your Memory View All Memories
Be the first to upload a memory!
Share A Memory
Send Flowers