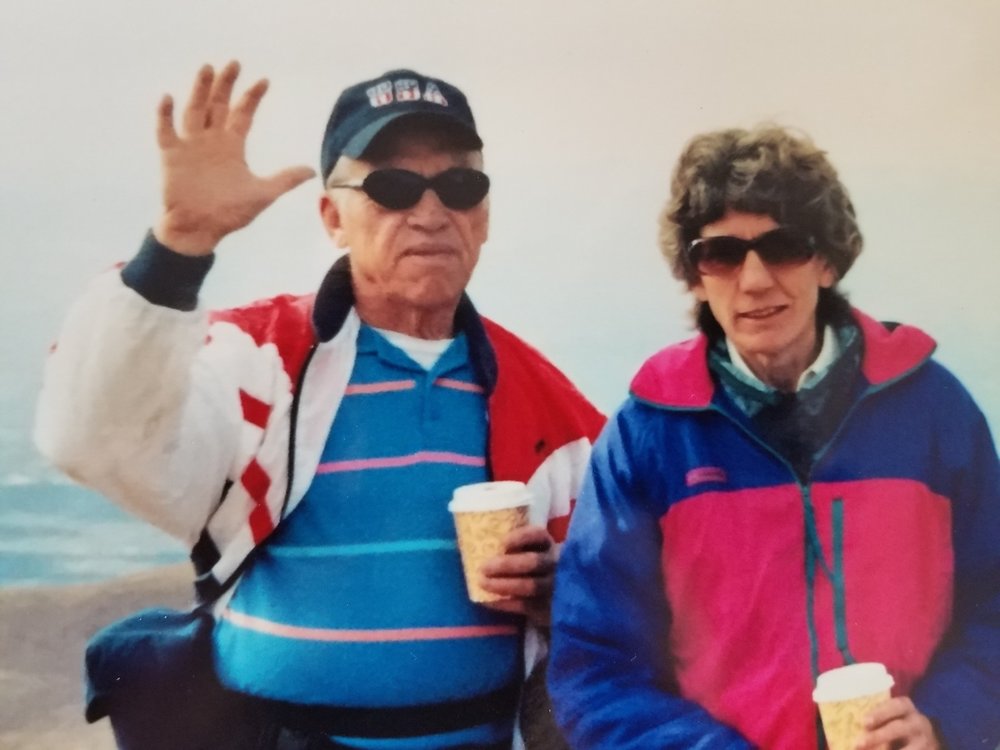 We are sad to announce that on July 5th , 2020, at the age of 90, Robert Logan Kirby (Castle Rock, CO) peacefully passed away in his home.  He was born October 19, 1929 in Denver, CO and was the only child of his parents, Robert Louis Kirby and Lavera Lou (Wyatt).

Bob attended high school at Baylor Military Academy in Chattanooga, TN, and graduated from Central High School, Cookville, TN.  He then went on to earn a Physical Education degree from Tennessee Tech.  He was a talented football and track athlete throughout his high school and college years.  He got his first job at Douglas County HS.  It was in Castle Rock, CO where he met his wife-to-be, Donna Ehmann.  The couple were married on August 9, 1958 at Saint Francis of Assisi Catholic Church (the stone church Donna’s great grandfather, John Baptiste Ehmann, built in 1888).  They then moved to Gainesville, GA where Bob took a teaching/coaching position at Riverside Military Academy.  But soon as they could, the couple returned to Colorado where Bob taught/coached at Fruita HS, Elizabeth HS, and then spent the majority of his teaching/coaching career at Kiowa Schools.   He was a beloved and favorite to many students and athletes.

As an educator, Bob enjoyed the summer months off, and fishing and water sports were the Kirby family’s favorite things to do.  The family spent weekends at Cherry Creek or Bonny Reservoirs, and also made an annual trip to Table Rock Lake near Bob’s parent’s home in Carthage, MO.   Upon retirement, he and Donna bought a lake home on Table Rock Lake, and it was there that the extended families continued to enjoy their summer vacations for nearly three decades!  They were big gatherings, with the average size of the group nearing 20 people.  Imagine having that many in a two bedroom cottage!?!?  Thank goodness for the large porch which overlooked the lake!  Days began early, with Bob recruiting a boatload of the legendary DAWN PATROL members.   Bob and Donna also hosted many of their life-long friends on their month-long annual fall trips to Missouri.  The couple enjoyed these “solo” trips to the lake, and especially enjoyed going to all the musical shows that are offered in Branson.  Bob was a very gifted harmonica player and he enjoyed performing for any and all that would listen to his renditions of gospel and country music.  He was no stranger to the stage and played daily, right up to the end of his life.  The only thing he loved more, or at least equally, was his favorite football team – the Denver Broncos.  He was an avid fan through up and down seasons.  This was hallmarked by the family’s parakeet, Todd, whom learned this phrase from Bob, “SAME OLE BRONCOS!”

Bob was a loving, respectful, fun, and devoted husband, father and grandfather.  He will be mourned and remembered often by his family and friends (all of whom he considered family).  He was an asset on and off the playing fields, and wasn’t life just one big playing field?  Words cannot express the loss of this man, but his words and music will forever be heard by all those he leaves behind.

In lieu of flowers, memorial donations may be made to:  New Century Hospice of Castle Rock &/or Catholic Charities.

To send flowers to the family or plant a tree in memory of Robert Kirby, please visit Tribute Store
Friday
21
August