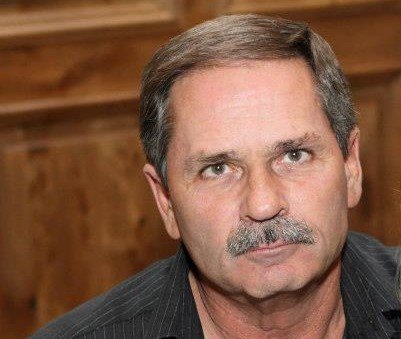 Jack Gardner was born to Donald and Marjorie Gardner in Aurora, IL on November 9, 1953. While he lived much of his life in Colorado he lived in many other states as his family moved a great deal because of his father’s work as a union electrician.

After getting his GED he worked multiple jobs before opening his own Daylight Donuts in Louisville, CO. Jack owned several small businesses during his lifetime in addition to the donut shop—including Accent Coffee Services, The Mailing Center, and a franchise of Rocky Mountain Bottled Water with his family.

He met the love of his life, Deb Goldsberry, while working as a salesman for MJB Coffee and they were married on March 3, 1984 in Colorado Springs after he asked her to marry him at the top of a mountain in South Dakota. Together they had two children, Aaron (34) and Amanda (31).

Jack was diagnosed with Superior Mesenteric Artery Thrombosis in 2014 and battled with the complications from that and the surgeries to address it ever since, but at 12:17 pm on Friday, June 12, 2020 Jack passed peacefully by into the loving arms of His Savior Jesus Christ with his wife and daughter by his side and his son close by.

To send flowers to the family or plant a tree in memory of Jack Gardner, please visit Tribute Store

Share Your Memory of
Jack
Upload Your Memory View All Memories
Be the first to upload a memory!
Share A Memory
Send Flowers