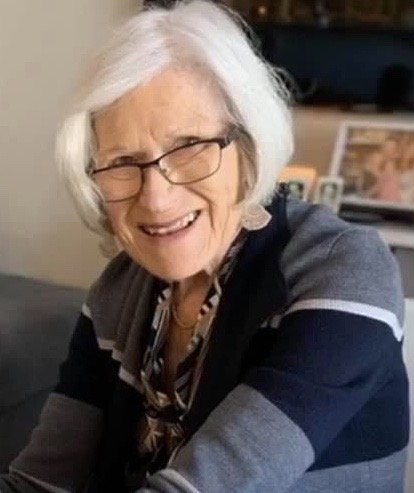 Obituary of Vernette A. Gilbert

Vernette Anne Gilbert (Nee Nelson), (83), Resident of Parker Senior Living MorningStar. died at home on April 21, 2020 of complications from a broken hip and Parkinson’s Disease. No visitations are planned and memorial services are postponed pending availability of church facilities.

Vernette was born in Chicago, Illinois on September 19, 1936, daughter of Carl G. E. Nelson and Angeline M. Erickson, and was married in Chicago, Illinois to Stephen W. Gilbert III on August 27, 1955. While Stephen finished his undergraduate studies at the University of Illinois, Vernette devoted her secretarial skills to earning a living for the couple – and even after Stephen’s graduation in June 1956 and a move to Van Nuys, California, she immediately landed a position as Secretary to a Lockheed executive where Stephen worked as an Engineer. Unfortunately, about nine months later, the Government contract they were working on was abruptly cancelled and they embarked on a 25-year Active Duty experience in the United States Air Force. Vernette quickly adjusted to her new role as a Military Wife.

Their first assignment was flight training at McAllen, Texas, during which time Vernette gave birth to their first of three sons, Stephen W Gilbert IV. This was a difficult, “Breach” birth resulting in young Stephen enduring a serious injury which would ultimately require Vernette’s loving care for the next forty-five years. During that time she gave birth to two more sons, Douglas Carl Gilbert, born in Sioux City, Iowa (spouse Diane Pelzner) and James Philip Gilbert, born at the Air Force Academy (spouse Jennifer Kapalczynski),  Grandchildren Danielle, Jessica and James, along with three Great-Grandchildren, Jackson, Braden and Riley round out the entire, close-knit family currently living in Parker, Colorado.

During an eight-year assignment in the Washington, D.C area, Vernette found time to complete a Bachelor Degree of Individualized Study from George Mason University. Her specialty in Art Therapy led to a lifetime of creating Fine Art. She taught art techniques to young students during special events at local libraries and other facilities. She participated in both Laguna Beach and Newport Beach, California Art shows and Museums, both as a Docent and displaying her own art for sale. In the late 1980’s she was elected President of the annual, summer-long Art-A-Fair show in Laguna Beach. Vernette mastered many other skills during her lifetime: an excellent cook, homemaker, gardener, loving wife, mother, Grandmother, Great-grandmother, friend, patient and kind. She will be sorely missed.

Vernette will be cremated and interment delayed until her husband, Stephen will eventually join her to be interred together at Fort Logan National Cemetery. In lieu of any flowers, memorial donations may be made to Parkinson’s Association of the Rockies, 1325 S. Colorado Blvd, Ste 204B, Denver, CO 80222 and/or Joy Lutheran Church Endowment Fund, 7051 Parker Hills Court, Parker, CO 80138.

To send flowers to the family or plant a tree in memory of Vernette Gilbert, please visit Tribute Store

Share Your Memory of
Vernette
Upload Your Memory View All Memories
Be the first to upload a memory!
Share A Memory
Send Flowers