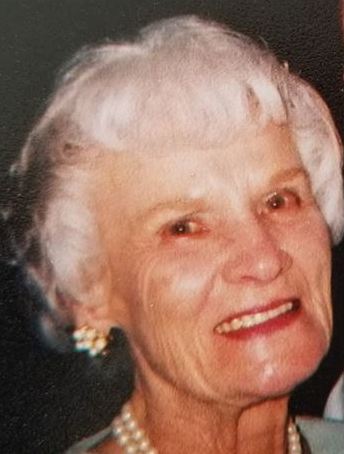 Willadean Talley Kelley was born on November 19, 1922 in Anson, Texas and passed from this life on April 15, 2020 in Lakewood, Colorado.

She was preceded in death by her parents, Sidney Corneilus and Autie Cordelia Talley; her three full siblings, Cecil and Norman Talley and Helen Rice; thirteen half and step siblings; her husband, Weldon James Kelley; her oldest daughter, Patricia Lynn Whicker; and her great-granddaughter, Olivia Jean Wilson.

She is survived by her daughter, Janis Colleen Mock and her husband, Wendell Mock; by her son, Timothy Weldon Kelley and his wife, Roxanne Kelley; and by her son-in-law, Frank James Whicker. She is also survived by ten grandchildren: Shane Whicker, Laura Akers and Roy, Missy Lillibridge and Benny, Jeff Mock and Becky, Greg Mock and Laurie, Dena Hooton and Randall, Kacey Kelley, Kristy Wilson and Grant, Katie Schmidt and Kevin, and Matthew Kelley and Elisabeth. In addition, she is survived by twenty-one great-grandchildren and nine great-great grandchildren.

Dean was born into a family of deep Christian faith and one that valued hard work. Farming in West Texas demanded a lot of hard work, even for the youngest child and even at a very young age. Dean learned the lessons of hard work and the value of doing it quickly and thoroughly. That was a life-pattern that stayed with her for the rest of her life. Until she could no longer walk, she worked circles around most everyone. Her humble dwellings were always immaculately clean and ordered and her maple furniture always polished to perfection. The Great Depression taught her frugality and that became another life-lesson. We, her children, can’t remember any of her simple meals that weren’t delicious!

The family later moved from the Anson area to Lubbock, Texas. That was a joyful move, for there she met Weldon. Thankfully for us, he couldn’t resist her charms—nor she, his. Dean’s family moved to Amarillo but that didn’t deter Weldon and on June 20, 1940 in Amarillo they were married, she at the tender age of 17. On January 19, 1942 their first child, Pat, was born. Weldon expected to be drafted, but instead the young family moved to the Los Angeles harbor area where he worked in the shipyards. He would later work for U. S. Borax and they made their home in Lomita, California. On September 14, 1945, Janis was born and on August 3, 1948, Tim came along.

In December of 1959 she became a Grandmother to Shane Whicker. At 37, she didn’t feel ready to be called “Granny,” so she adopted the Hawaiian name for grandmother and ever since she has been Tutu to many more than her own grandchildren.

In 1979, Weldon retired, and he and Dean lived out the remainder of their loving marriage, joyfully, near Clear Lake in Northern California. In August of 1996, Weldon passed on from pneumonia and Dean moved to Modesto to live in the same senior-living facility as her sister, Helen Rice. After a while, she moved into an apartment in Citrus Heights, California to be near Pat and her husband, Frank and their family. When she could no longer live alone, she moved in with Pat and Frank. After Pat’s tragic death in August of 2018, Dean moved to Lakewood, Colorado near Tim and Roxanne. She was living at Mapleton Care Center in Lakewood when she changed her residence to her eternal home.

In lieu of flowers, the family of Dean Kelley invites you to make a donation in her memory to the Acts 2 Ministry of the Littleton Church of Christ.  Acts 2 is a ministry to help our brothers and sisters in times of need.  Checks (with "Dean" in memo) can be mailed to The Littleton Church of Christ, 6495 S. Colorado Blvd., Centennial, CO 80121, you can also donate online at littletonchurch.org/give-1  Choose "Acts 2  Fund"

To send flowers to the family or plant a tree in memory of Willadean Kelley, please visit Tribute Store

Share Your Memory of
Willadean
Upload Your Memory View All Memories
Be the first to upload a memory!
Share A Memory
Send Flowers