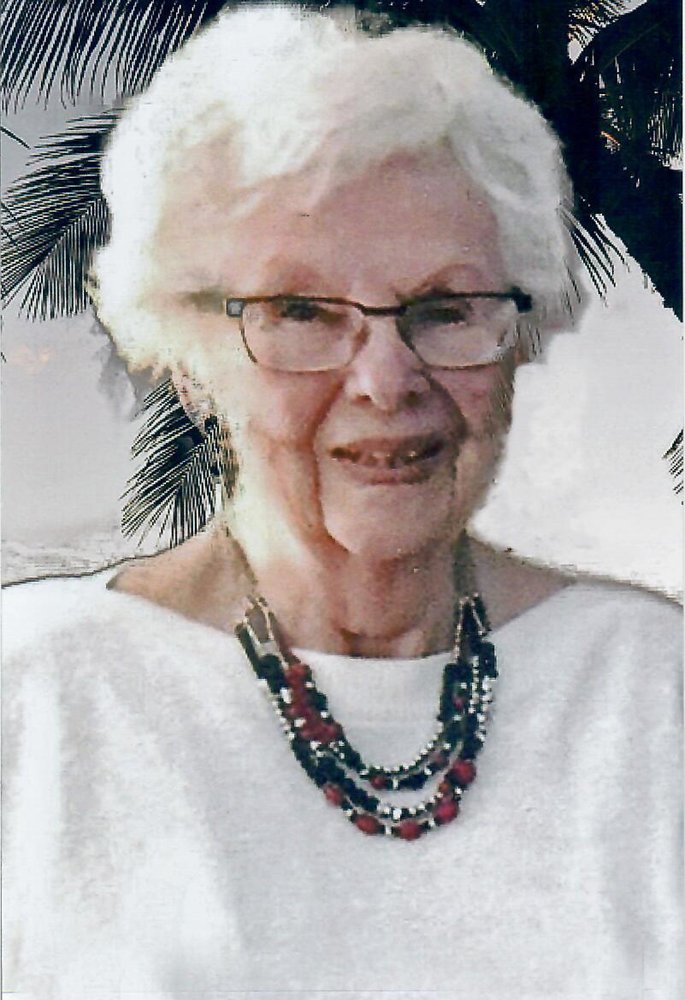 Wife...Mother of Three...Grandmother of Seven...Great Grandmother of Ten...and a Friend to all she met.  A Beautiful Lady whose warmth and love was felt by hundreds beyond her immediate family.

Born in New Jersey and schooled at Mount Aloysius Junior College, Nancy began her work career as a medical secretary in the corporate offices of Schering Pharmaceuticals in Montclair.  Living at home with her parents, two sisters and a brother, she was encouraged by her father to enjoy life but to practice thrift...a trait which became very useful at times during her ensuing life.

A weekend trip to West Point with one of her best girlfriends included a more than chance meeting with one of the Cadets at the Academy.  It was intended to be a one time "date."  The Cadet, smitten with her after that single encounter, encouraged her to return on yet another weekend.  Nancy did...another...and another...and another...for the next three years until he graduated, entered the Air Force and married her.

During the 25 years that marked the couple's military odyssey, two boys and a girl were welcomed to the family; thousands of miles were traveled; nearly a dozen dwellings became homes; multiple schools were attended, and assignments to bases in both the United States and abroad...kindled their closeness.  When at last the Air Force was left behind, travel over the years continued with trips to Europe, Asia, Australia and New Zealand as well as crisscrossing our own United States.

As in the lives of every family, there were times of both joy and sorry, but in every tragedy or ebb, it was Nancy who provided the strength to carry on.  A remarkable woman who so dearly loved her family.

Nancy is survived by her husband, Vern, her son Robert, two sisters, all of her grandchildren, all of her great grandchildren and the many, many friends who were made to feel that they, too, were family.  She was preceded in death by her son Scott and daughter Carol.

To send flowers to the family or plant a tree in memory of Nancy Van Vonderen, please visit Tribute Store

Share Your Memory of
Nancy
Upload Your Memory View All Memories
Be the first to upload a memory!
Share A Memory
Send Flowers