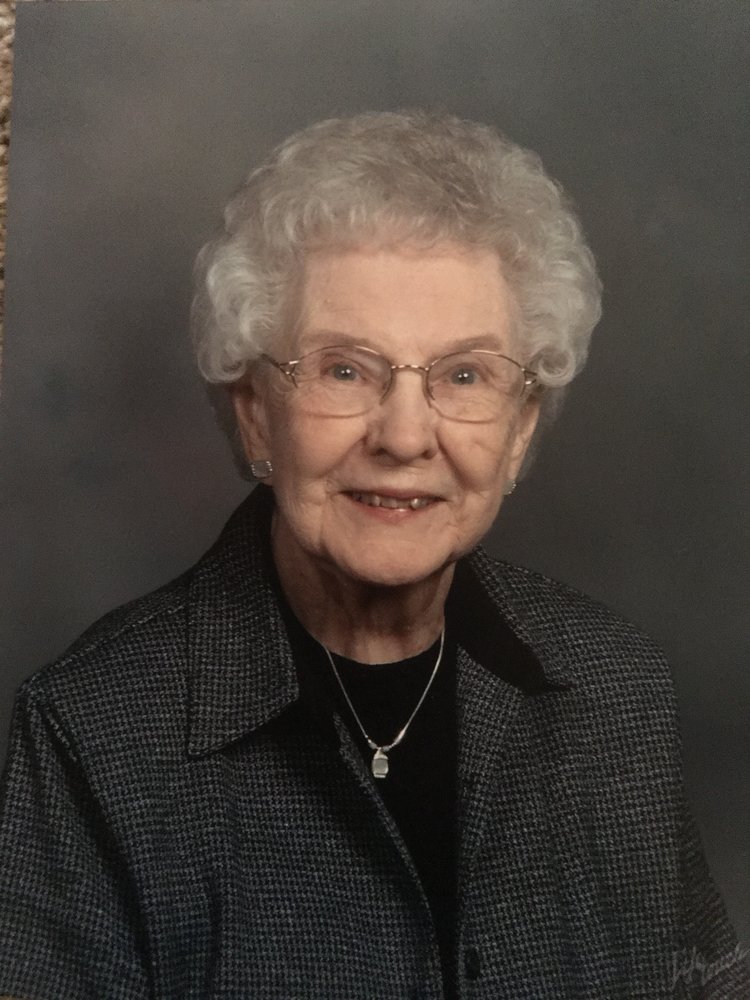 Adele Berniece Olson Sander, age 101, died Monday, February 3, 2020 in Castle Rock, Colorado.   She was born to John and Bertha (Hovde) Olson on March 29, 1918 in Litchville, North Dakota.  She graduated from Litchville High School in 1935 and attended Jamestown College graduating in 1938 with an associate degree.   She taught school near Fort Ramson and Wahpeton, ND before marrying Orville E. Sander on April 10, 1943 in New York where he was stationed with the Coast Guard.   After the war Orv and Adele moved back to North Dakota in 1946 and lived there until they moved to Mitchell, South Dakota in 1964.  In 2010, after living in Mitchell for 46 years, Adele’s family moved her to Castle Rock, Colorado to a retirement community.

Besides teaching before her marriage, Adele worked at Sears, as a substitute teacher and census taker.  In 1965 she graduated with an education degree from Dakota Wesleyan University and began teaching at Whittier Elementary School in Mitchell.  She retired in 1980.

While living in Mitchell, Adele was a member of First Lutheran Church of Mitchell, SD.  She was an avid card player, enjoyed needlepoint, ballroom dancing and reading as well as watching her favorite NBA teams.

A memorial service will be held on Saturday afternoon, February 8 at 1:30 pm at Epiphany Lutheran Church, 550 East Wolfensberger Rd. in Castle Rock, CO.   Graveside services will be held in Mitchell, SD at Servicemen’s Cemetery at a later date.