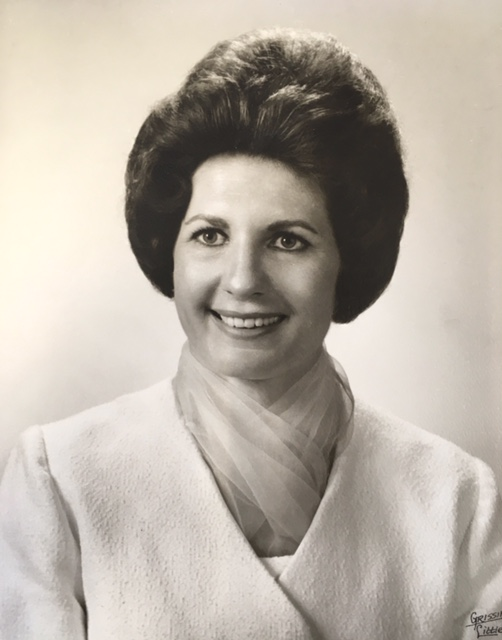 Katherine Theresa Bowen, a long-time resident of Douglas County, passed away on January 2nd after a long battle with Alzheimer's Disease.

Born to Rudolf Ehmann and Nina Wickizer on August 31st, 1929 in Denver, CO,  Katherine was the eldest of six children. She grew up on a ranch off Wolfensburger Road near Castle Rock, graduating from Douglas County High School in 1946.   Active in school plays and appearing on the honor roll, Katie was a good student and displayed an artistic talent that she planned to develop into a career in fashion design.  After graduating from high school, Katherine worked in the Douglas County Soil Conservation Office.  It was at that time she met her husband, John (Johnny) Bowen. Katherine told Johnny she wanted a sever-year engagement, but they were married at Saint Francis of Assisi Catholic Church in Castle Rock in 1949 and remained devoted spouses until Johnny's death sixty-six years later in 2015.

Katie was active with Johnny in the Grange, she excelled in homemaking skills participating in the Littleton Homemakers pageant in 1966, placing as a finalist.  A graceful and poised woman, Katie taught young debutants social graces at Morganti's of Denver.  In 1967, she secured her "Shangri-La" home when the Bowens acquired the Eberhardt Ranch in northern Douglas County.  They named it the "Fly'n B Ranch".  Conscious of the growing pains in the County from the flood of new residents, Katherine served on the Douglas County Planning Commission from 1975-1982. She helped the County work through many of the difficult decisions of growth that shaped the thriving communities that are there now.  An avid gardner, quilter and seamstress were hobbies she loved.  In the nineties she taught a variety of sewing skills at the Creative Needle sewing center in Littleton.  However, nothing gave her greater joy than her four children.

In lieu of flowers, the family suggests that donations be made to the  Alzheimer's Association  Colorado Chapter, 455 N. Sherman Street, #500, Denver, CO 80203  www.alz.org/CO

To send flowers to the family or plant a tree in memory of Katherine Bowen, please visit Tribute Store
Monday
13
January

Recitation of the Rosary