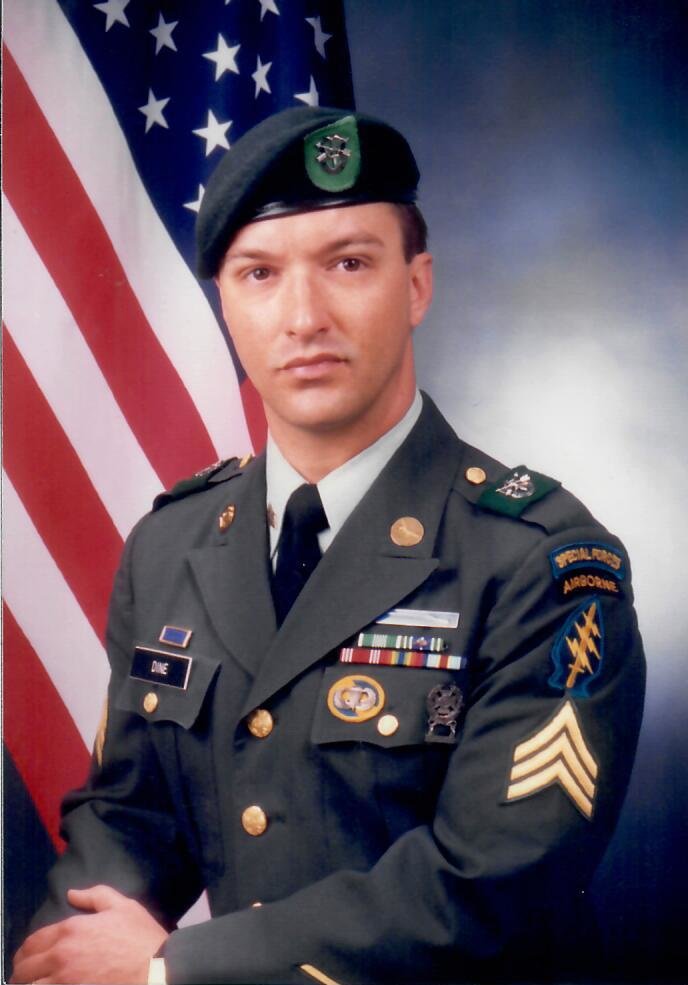 Darrel McLeod Dine, December 4, 2019 took his final orders and has started his final mission. The assignment comes with a huge sign-on bonus, a reunion with family, friends, his beloved pets Prince, Tippy, Toots, and the most special Buddy & Missy.

Born June 21, 1956 to the late Gus A. Dine and Elaine McLeod Dine Hand in Syracuse, New York. Limited time spent in Syracuse as a result of divorce of parents. Next stop was West Winfield, New York. During that time John H. Hand “Chop” came into his life at the age of four years old. John became the father he didn’t have to be.  Next came the move to Guilderland, New York. Turned out to be the best move as Darrel became a gifted athlete under the direction of great coaches that he loved. He would be so joyous each and every time he spoke with Bud and Betty Kenyon. He loved to dance and the “Philadelphia Sound” was his music that he enjoyed all his life.  As a family we had more fun to the tunes of Dean Martin, Frank Sinatra, Tom Jones, Herb Albert, Sammy Davis Jr the list goes on and I can hear them singing up above.

Darrel earned a full athletic scholarship to Wesley College.The 1975 football team was inducted into the hall of fame in recent years. Twist and turns were to follow for many years to come. Road trip out west to Colorado, back to Albany, Sneaky Pete’s, and so much more.

The Army called him and he answered. He thrived under orders and excelled, becoming a green beret, special forces, paratrooper, and CW2. He enjoyed many travels with the Army but always fondly remembered Italy. Never discussing his triumphs with his family. Darrel did not serve consecutive years with the Army. Twist
and turns again, he enjoyed several years as a stock broker and his second favorite Director of Fitness and Nutrition for Gold’s Gym.  He married later in life, after twelve years that ended in divorce. Never was an unkind word ever spoken. Having lived in New York, North Carolina, Virginia, Pennsylvania and the last twelve years in Colorado. He loved a good time and enjoyed conversation with anyone. He loved his family deeply, family get togethers, and Sunday dinners.

To send flowers to the family or plant a tree in memory of Darrel Dine, please visit Tribute Store
Tuesday
14
January