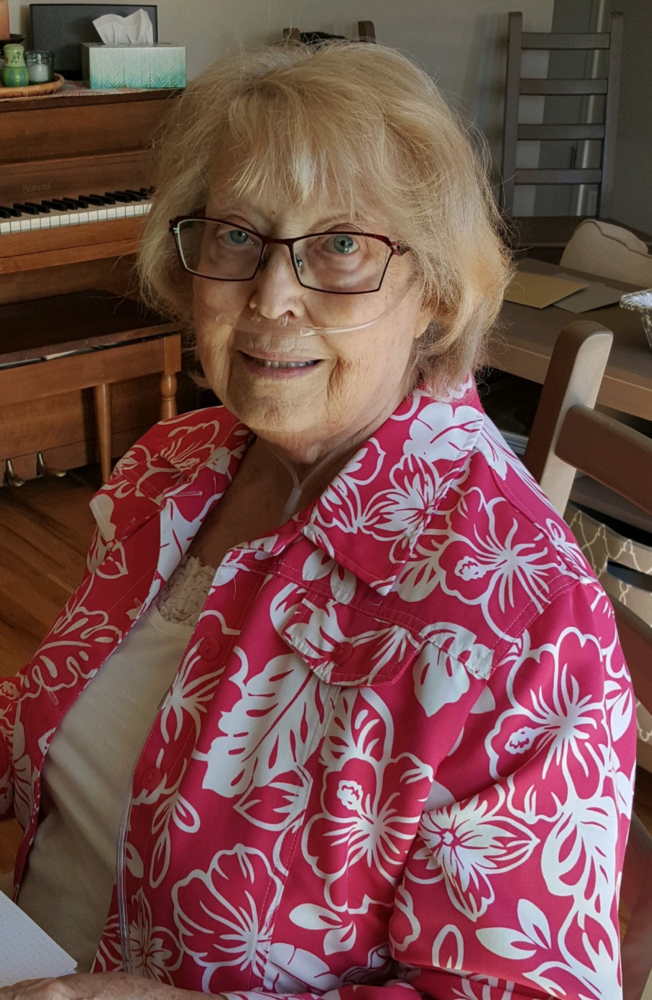 Mrs. Mary Louise Pickerill, (formerly Murdock, Schneider) died peacefully at UC Anschutz Medical Campus in Aurora, Colorado on 30 October 2019 at the age of 75 with her husband and daughter at her side.  She was a patient there since receiving her lung transplant in early 2013.

She's preceded in death by both of her parents, 2 sisters and 5 brothers. She was born in southern Kansas on 25 April 1944  to Arther Irving Murdock and Anna Louise Kubler Murdock.

Mary held her undergraduate degree from Ottawa University as a home economics teacher and later received her MS Degree from Emporia State University in order to work in special education.  She taught secondary education in many places in Kansas to include Ottawa Middle School, Central Heights, Seaman High School, Horton High school, and Lansing Correctional Institution.  She was also a foster parent for several years and she and Paul helped raise teenagers (some with their own children) in their home. Further, Mary hosted foreign exchange students from Japan and France.

A gifted seamstress, Mary enjoyed quilting, sewing clothing, and crafting.  Mary’s  sports interests included softball leagues where she frequently pitched and bowling leagues. Creative writing is another area where Mary excelled having written many short stories most of which were published in local papers.

Mary and Paul enjoyed RV’ing. Their love of animals was apparent having provided a loving home to numerous dogs most recently Rosie and before her Nestle and Browser.

Mary and Paul had a passion for dancing and were renowned in local circles for their skill on the dance floor.

A Memorial Service will be held at 1:00 p.m. on Sunday, November 10, 2019 at Elizabeth United Methodist Church, 255 W. Kiowa Ave. in Elizabeth, with a reception to follow. All are welcome to attend and celebrate Mary's life.