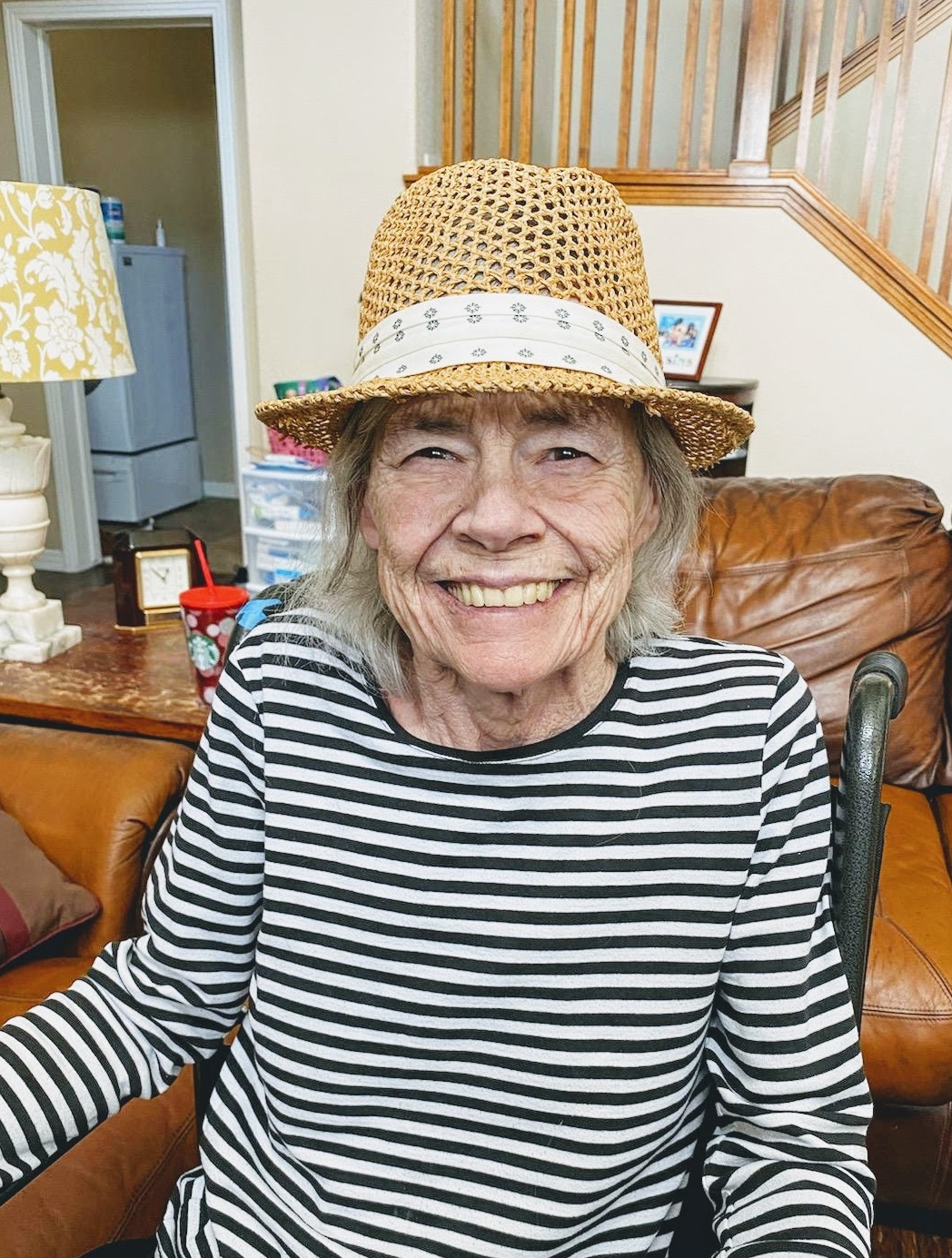 Marjorie “Margie” D. Jacobson, 74, of Castle Rock, CO, died May 29, 2022, peacefully at home surrounded by her family, following a valiant battle with Alzheimer’s.

Margie was born in Williston, ND, on February 10, 1948, to Irven and Carol (Wilson) Jacobson. She was raised with six siblings on the family farm near Alamo, ND. She married Paul McPhail on February 25, 1965, and the couple had one daughter, Angie. The young family lived in Grand Forks, ND, where Margie graduated from Dakota Business College. When Angie started preschool, Margie began working at the North Dakota Mill and Elevator and later for Simplot. In 1975, Margie and her daughter moved to Fargo, ND, where Margie worked for over 20 years in the advertising department at KXJB news. She enjoyed spending time with family and friends, bowling, traveling, aerobics, music, concerts, and dancing.

Her greatest joy was becoming a grandmother. Angie and her husband, Dan, were living in Pensacola, FL when Margie’s first grandchild was born. In 2000, Margie decided to retire from KXJB and move to Pensacola to be near Angie, Dan, and their growing family. Margie continued to work in television advertising while there. She moved with her daughter’s family in August 2002 to Colorado, eventually settling in Castle Rock, where she worked for the local newspaper for several years before retiring. Margie moved in with Angie and family in 2007, where she remained until her passing.

The family would like to thank the numerous caregivers who provided excellent care and love throughout these last few years. In lieu of flowers, please consider a donation to Alzheimer’s Association or Lumicare Hospice (www.lumicare.com) in memory of Margie.

Margie’s Celebration of Life will be at 10 AM on Saturday, June 18, at Concordia Lutheran Church in Crosby, ND. All are welcome to attend