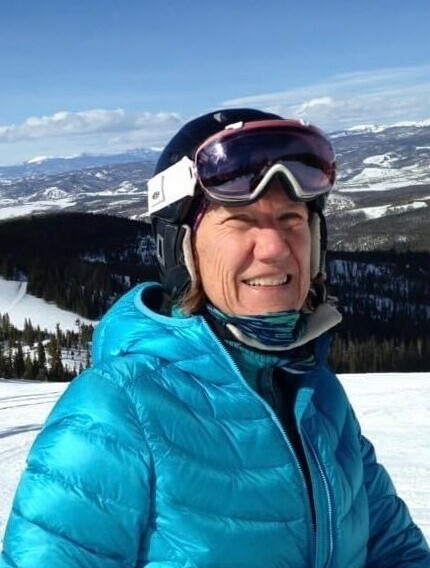 Born on April 18, 1945, to Frederick & Marion (Linke) Schmidt in Hartford Wisconsin. Joan attended Menomonee Falls High School where she was a majorette with the marching band before heading off to the University of Wisconsin LaCrosse where she earned aa B.S. in Physical Education in 1967. Back in her hometown, she ran across a former classmate from high school, Emil Roethlisberger. Despite (accidentally) standing him up initially, they were married on December 21st 1968. Joan worked as a P.E. teacher before she and Emil moved to Colorado in 1975, and welcoming their own children shortly thereafter. Joan was a devoted stay at home Mom for her children’s early years, but got out to teach aerobics at the nearby athletic club. As her kids grew older, Joan looked for additional challenges by substitute teaching, working receptionist and bank teller positions before eventually working alongside Emil at his company. After the kids moved out, Joan and Emil enjoyed hunting, cooking, and traveling, both domestic and abroad. Joan continued to live to the fullest in the years after Emil’s passing in 2011, attending concerts and festivals, skiing, cycling, hiking, volunteering, and spending time among her flowers and garden. Joan left us to join Emil on their next journey on August 7, 2021 following a 7 month battle with an aggressive ovarian cancer. She will be remembered as kind, stubborn, talkative, and dramatic - though mostly with love and the knowledge of what a privilege  it was to have her in our lives.

Joan is survived by her children Jay Roethlisberger and Erin (Douglas Moore) Roethlisberger, and her brother Mark (Kathy Koehler) Schmidt.

A memorial service and Celebration of Life will be held on September 11 2021 from 10am - 2pm at the Denver Botanic Gardens Chatfield Farms Deer Creek Stables - for details and to RSVP, please see http://evite.me/pbUV1pqzWZ

In lieu of flowers, the family requests donations to one of Joan’s favorite causes, Freedom Service Dogs