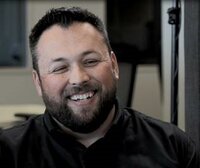 Jack Mark Wojewski of Parker, CO passed away on Friday August 13, 2021 of natural causes. Funeral Services will be held Friday, August 27th at 10:30 at Ave Maria Catholic Church in Parker, CO. Jack was born on April 30, 1977 in Krakow, Poland. Jack and his mother and sister immigrated to America eventually settling in Greenwood Village, CO. He attended Eaglecrest Middle/High School where he met his future wife, Larice Duran as a sophomore. Jack and Larice began dating in their junior year while working for a ski and golf shop and never left each other. They attended senior prom together and began working toward their future. Jack attended Regis University where he earned both his Bachelors and Masters degrees with Honors.

Jack worked in the tech industry for over 23 years beginning with Hewlett Packard and moved through what is now Keysight Technologies. He continued his career with Tektronix in December 2019 where he got to reunite with old colleagues and friends.

Jack was first and foremost a family man, but he also loved lacrosse! After playing the sport in high school, Jack found passion in coaching lacrosse to children. Jack and the family moved from Colorado to Livermore, CA in 2010 where Ben began playing at the age of 7 for the Phantom Lacrosse program. Jack immediately offered to help and ended up coaching throughout the program for the next 10 years. In addition he made sure that Ben got to attend every lacrosse camp, every tournament, every practice that he could. He became an expert faceoff coach and Jack and Ben were constantly working on and talking about lacrosse. In addition, he spent most weekends cheering on Jake at hockey and enjoying pucks on the pond, trying to encourage Larice, Ben and Ollie to come out on the ice. And when he was not doing those things, he was helping to build cars for the Pinewood Derby, boats for the Raingutter Regatta and baking cakes so that Ollie could follow his passion for Scouting. He did all of these things with pure joy in his heart and pride in his soul.

Jack and his family moved back to Colorado in April of 2020 where he continued his career with Tek allowing for Larice to run the household and manage the family’s many commitments. Jack is survived by his wife Larice and his three children: Benjamin, Jacob and Oliver, his mother Teresa Hill of Parker (Jeff), sister Eva Bonelli of San Diego (Billy) and nephews Luke and Jack Bonelli of San Diego.

In lieu of flowers, donations may be made in honor of Jack, to the Wojewski Memorial Education Fund via Zelle, to WojewskiMemorialEducationFund@gmail.com.