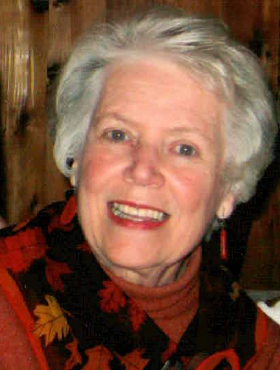 It is with deep sorrow and much love that we mourn the passing of Stevia Williams, of Parker Colorado on June 24, 2021 at the age of 89.

Stevia was born Geraldine Stevia Mildred Grimm in Poughkeepsie, New York.  To her East Coast friends and family she was known as Gerri. She said that once she moved west of the Mississippi River, that she chose to use her middle name Stevia from then on in!

After growing up and raising a family in Poughkeepsie she enjoyed living and experiencing the lifestyles of California, Washington, and the past 20 years here in colorful Colorado.

Stevia is most proud of her time working for IBM for 16 years, 1974-1990, holding positions as technical writer, project manager and senior system analyst in both Poughkeepsie, New York and San Jose, California.

Many of her friends at the Parker Senior Center, Parker MS Pals, Mountain Pine Craft group and the Daughters of the American Revolution (DAR) will clearly miss her smiling face, enthusiasm and avid participation in their group activities. Stevia especially enjoyed playing bridge, creating knitting and needlework masterpieces as well as reading assorted magazines.

A family service will take place in Poughkeepsie, New York at a later date, where she will be laid to rest in her family plot. Stevia and her family wish to thank Parker Senior Living at Morningstar staff for taking such good care of her these past four years and to all the residents who filled her days with happiness.