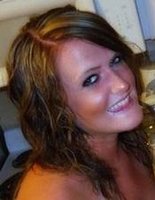 Kelsey Leigh Garvey, of Parker, Colorado, made her transition from this life on February 19, 2012. She was born March 27, 1990, in Sarasota, Florida and graduated from Hendersonville High School in North Carolina in 2008. She was enrolled in the Denver School of Nursing. An accomplished equestrian, she worked as the Barn Manager and Trainer at Timberline Stables. Kelsey was also a skilled snow boarder and an avid outdoor enthusiast. She is survived by father, Kevin Garvey, mother, Lisa Garvey, brother, Shane Garvey, grandmother, Mary Helen Garvey and many loving aunts, uncles, cousins and close friends. A celebration of her life will be held in Parker, Colorado on February 23, 2012 from 2-4pm at Ponderosa Valley Funeral Services. In lieu of flowers, donations may be made to your local non-profit Equine Therapy Program. Kelsey was a free spirit living life on her terms. Though her time on the earth was short, the impact she made on those around her will never be forgotten. Love you more Kelsey Lee! Service Information