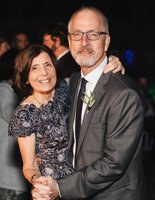 Robert Stephen Plucinski November 13, 1949 - July 18, 2019 (Age 69) Robert Plucinski, 69, recently of Littleton, CO, passed away on Wednesday, July 18th, 2019 at St. Anthony’s Hospital in Lakewood, CO. He passed away due to injuries sustained from a bicycle accident one week prior. A service and celebration of life will be held at 11:00am on Tuesday, July 23rd, 2019 at Calvary Chapel South Denver in Littleton, CO. Robert Plucinski was born at Long Island City Hospital to Theodore and Francis Plucinski on November 13, 1949. He married his high school sweetheart, Joan Plucinski, in 1972. Robert graduated with a Bachelors of Arts from Fairfield University and a Master’s degree in Biology from New York University. His professional career was long and successful as a pharmaceutical marketing executive partnering with multinational pharmaceutical companies to develop medical education programs for physicians, nurses, and pharmacists. Robert’s passion for athletics spanned his entire life. At a young age, he was a successful basketball player at the high school and collegiate level. Later in his life he enjoyed tennis, swimming, cycling, running, triathlon, and backpacking. Robert was involved with New Jersey Special Olympics as a volunteer coach for many years. Robert Plucinski is survived by his loving wife Joan Plucinski, and his two children, Alicia and Bradford.